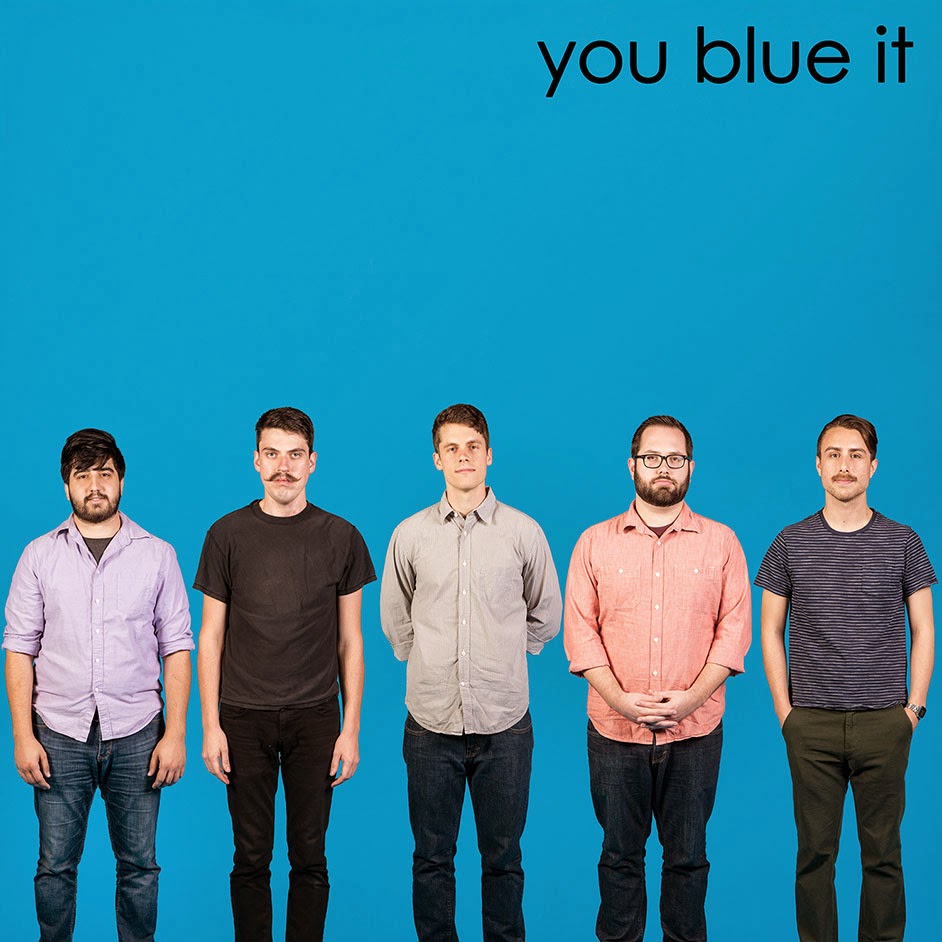 You Blew It! - You blue it (2014) Topshelf Records
Produced by You Blew It!
PUNK ROCK
Tracks : 1.In the garage 2.My name is Jonas 3.Only in dreams 4.Surf wax America 5.Susanne
www.facebook.com/youblewitfl
2 out of 5

Florida based You Blew It! has recorded a Weezer tribute with songs only taken from Weezer´s first album (1994), they deliver garage rock influenced punk versions of Weezer´s songs and it only works in some moments like "Only in dreams" and "My name is Jonas".
"In the garage" isn´t a good song even in the original version so why even bother to cover it in the first place? The charming "Surf wax America" is ok here but "Susanne" sounds more like a filler, they should´ve recorded one of the hitsingles instead like "Buddy Holly" or "Undone - The sweater song".
A cool idea to make a Weezer tribute but I´m afraid it didn´t move me at all.
Upplagd av RothNRoll kl. 7:57 AM