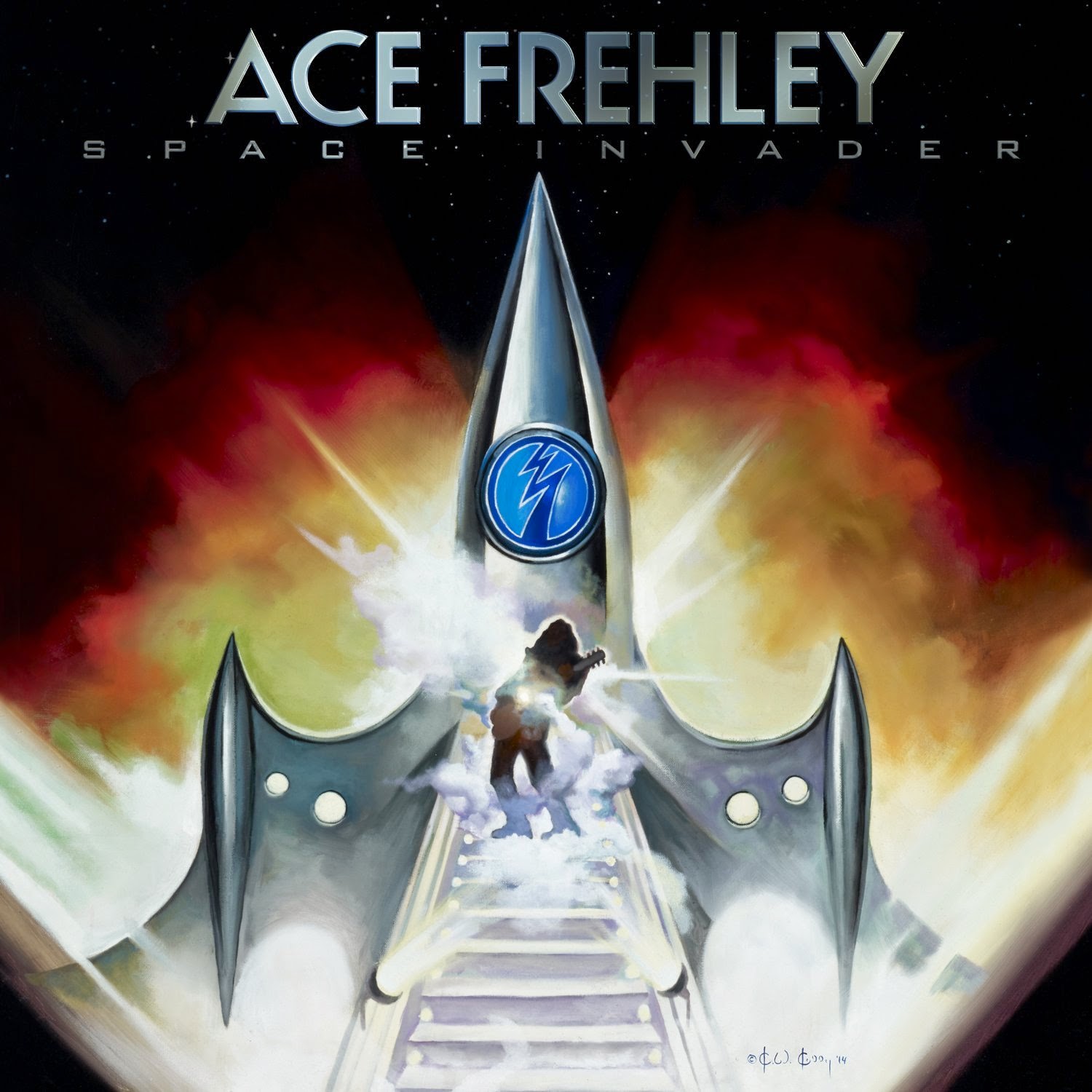 "Space invader" is the first album in 5 years from Ace Frehley where the album cover is created by Ken Kelly who also made the classic artwork of "Destroyer" and "Love Gun".
Space Ace´s 6th solo effort is without doubt his best solo album since the first one in 1978 and the new album sounds a lot like the early Kiss albums and his first solo too.
Ace sounds reborn, I think the life of a sober man only did good to the legendary and former Kiss axeman. I love the entire new album but I would like to point out a few personal faves such as "Space invader", "Toys", "Inside the vortex" and "Past the milky way".
He has previously done covers of Sweet´s "Fox on the run", E.L.O´s "Do ya" and Russ Ballard´s "New York Groove". This time around Ace is taking on Steve Miller´s "The Joker" with a nice result.
There is no continuation in the instrumental Fractured suite but we get a new flashing instrumental in "Starship" that connects to the Fractured series.
Line up : Ace Frehley - Lead Vocals/Guitars/Bass, Chris Wyse - Bass (The Cult) and Matt Starr - Drums (Beautiful Creatures).
Upplagd av RothNRoll kl. 9:19 AM