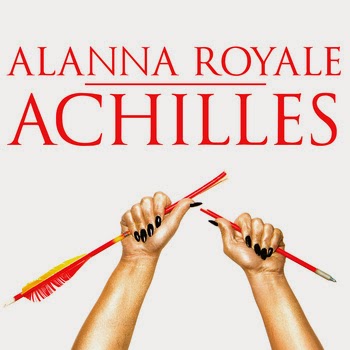 Is it 1973 or am I getting crazy? The detective television series of the 70´s called and want their theme songs back. No it´s 2014 and Nashville based soul/funk outfit Alanna Royale will release their new album "Achilles" on Sept 16. Fronted by the great singer Alanna Quinn-Broadus, this band can compete with Joss Stone who´s the best heir to Aretha Franklin´s throne.
They debuted with the "Bless her heart" EP in 2013 with the two songs "Animal" and "Rock and stone" also ending up on the new full length album "Achilles".
Highlights : "18", "Go back".
Recommendable if you like early Chicago, Shirley Bassey, Aretha Franklin.