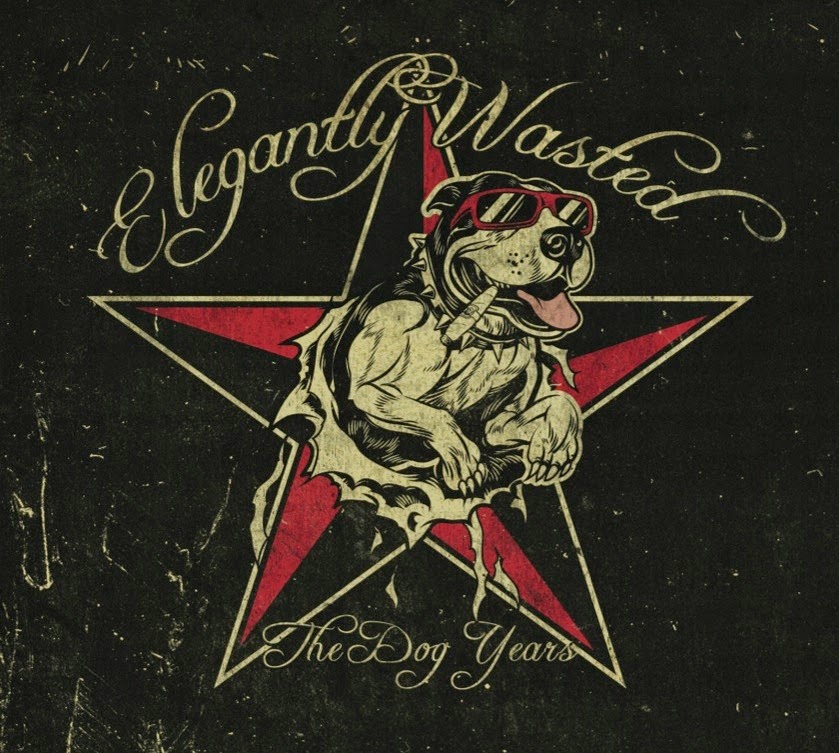 "The Dog Years" is the 3rd album from Los Angeles rockers Elegantly Wasted, featuring Lenny J - Lead Vocals/Guitar/Bass, Queen D - Guitar and Garner Knutson - Drums.
They are in no hurry releasing albums since it´s the first album in 6 years, the previous "Desolation row" came out in 2007. We´re talking good time rock and roll here in the same vein as Backyard Babies, Hanoi Rocks and Casablanca.
There is nothing revolutionary about this album but it doesn´t need to be, sometimes all you need is simple music that gets the party started. GunsNRoses million dollar fiasco "Chinese democracy" would have rocked harder with songs like "Tattoos and memories" and "Fire away".
It´s only rocknroll but I like it.
Upplagd av RothNRoll kl. 4:46 PM