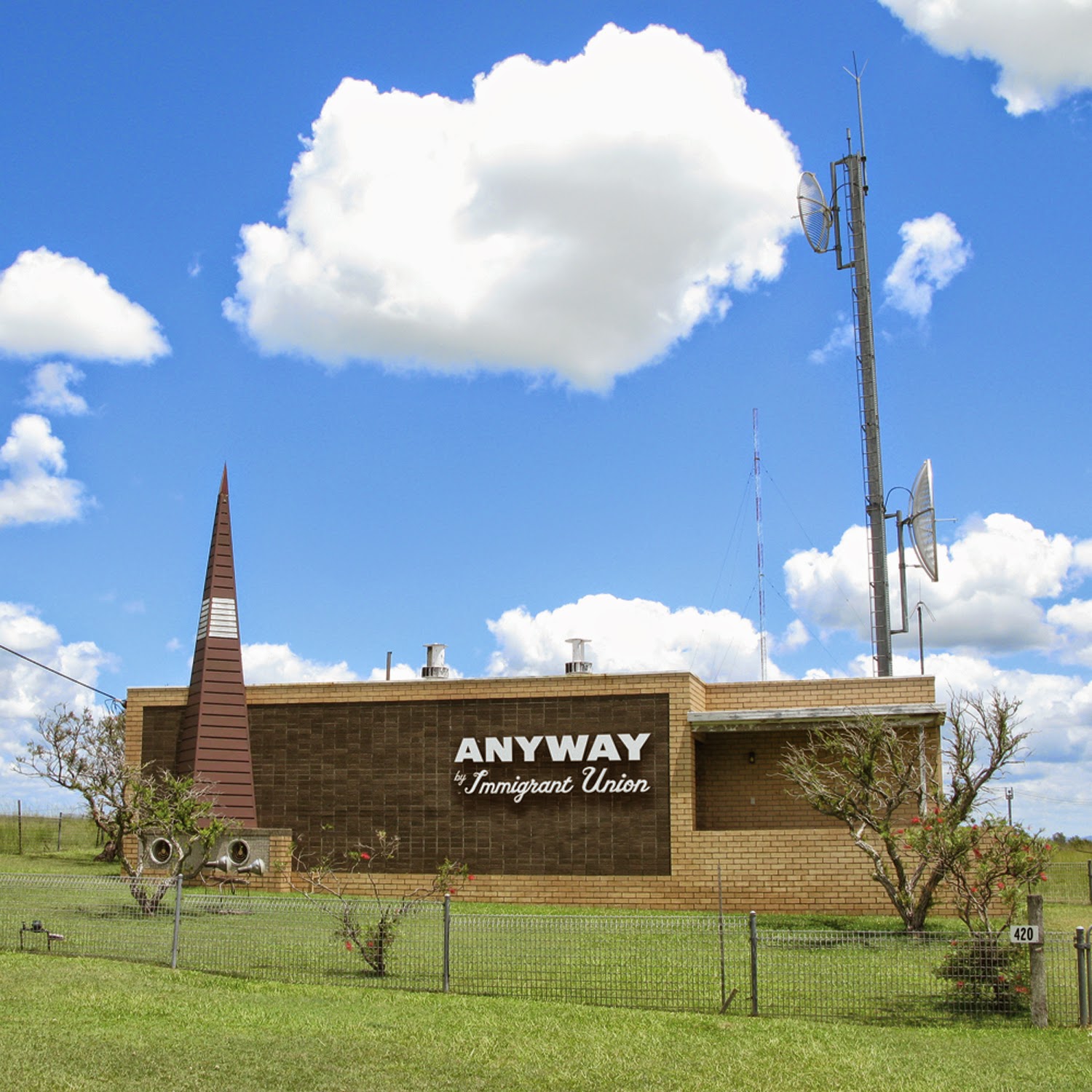 Immigrant Union - Anyway (2014) Independent
Produced by
FOLK ROCK / AMERICANA
Tracks : 1.Shameless 2.Alison 3.I can´t return 4.Wake up and cry 5.Anyway 6.In time 7.Lake Mokoan 8.The trip ain´t over 9.War is peace 10.The end has come
www.facebook.com/ImmigrantUnion
3 out of 5

Melbourne based Immigrant Union are a band formed by Brent DeBoer - Vocals/Guitar (The Dandy Warhols) and Bob Harrow - Vocals/Guitar (The Lazy Sons), their 2nd album "Anyway" takes a few spins to get into but the music grows and now I am at home with their psychedelic folk rock that are influenced by artists like Neil Young, Simon and Garfunkel and The Band.
Plus add a touch of melancholy a la Nick Drake and we´ve nailed the sound of Immigrant Union.
In 1969 they would´ve been perfect for the Woodstock festival, there is a lot of love within these songs where the singles "Alison" and "I can´t return" stand out.
Fans of alternative country will also have an album to look forward to here, there´s not much action going on but if you´re willing to relax - this album will work.