Out Of Hand - The Portrait 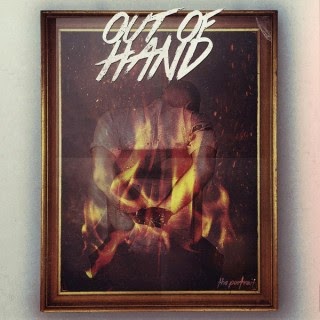 Out Of Hand - The Portrait (2014) Independent
Produced by Out Of Hand
POST HARDCORE
Tracks : 1.Darling 2.The Portrait 3.Angels in waiting 4.Stop crying for Evan Handler 5.Blanket monsters
www.facebook.com/OutOfHand
3 out of 5

I thought Sleeping With Sirens 2010 album "With ears to see and eyes to hear" was really good, Brandon McMaster played lead guitar on that record but then left the band and now he has taken a new role as the frontman in Ohio based Out Of Hand.
Fans of the melodic post hardcore sound of Sleeping With Sirens won´t be disappointed to hear Out Of Hand´s debut EP "The Portrait", these 5 songs might not match SWS but they´re still good enough to make it on your Spotify playlist.
Best track : "Angels in waiting".
Upplagd av RothNRoll kl. 8:35 AM