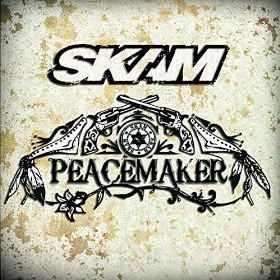 SKAM are a trio from Leicester, U.K. They´re influenced by glam rock, NWOBHM and classic hard rock and have already created some buzz in England with their debut album "It´s come to this" from 2011.
The follow up "Peacemaker" is a solid hard rock album for fans of The Wildhearts, Mama´s Boys and New Device. I especially like their love of delivering Budgie-like riffs in a few songs.
My personal fave is "The wire" that sounds like it could be an unreleased Little Angels song.
I´m sure we´re gonna hear more from SKAM, it´s a good band.