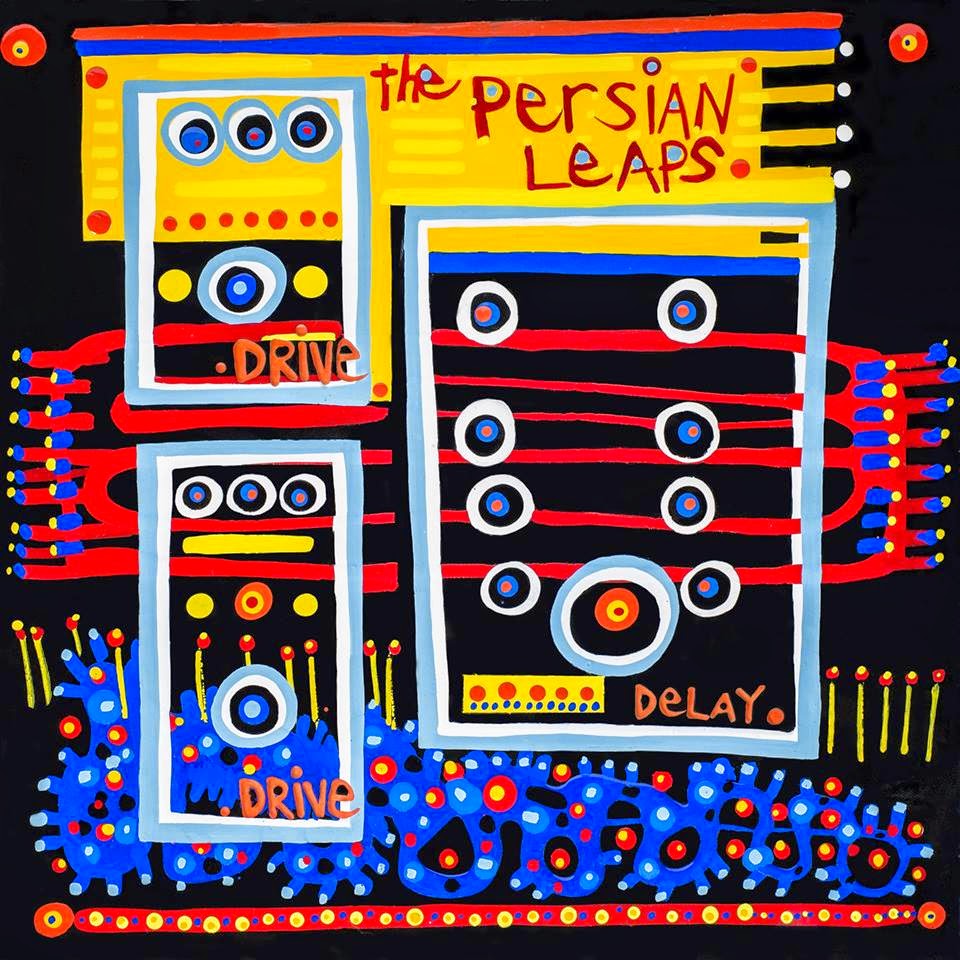 "Drive drive delay" is the 2nd EP and follow up to "Praise elephants" (2013) from Minnesota based noise pop band The Persian Leaps, featuring Drew Forsberg - Vocals/Guitar, Brad Hendrickson - Bass/Vocals and Michael McCloskey - Drums.
Their music is influenced by bands like The Smiths, My Bloody Valentine and Stone Roses.
The opening track "Fire starter" is not a cover of the Prodigy hit from 1996, it´s an original song by The Persian Leaps that bring thoughts to The Smiths without doubt.
It´s not of the best tracks here, I prefer the 5 minute long "Permission" that grows for each time I listen to it. This song is built on beautiful guitarchords and A Flock of Seagulls-like melodies.
The much shorter "Truth and consequences" is quite catchy, you´ve heard of dream pop but this one goes under dream rock for sure.
Upplagd av RothNRoll kl. 8:31 AM