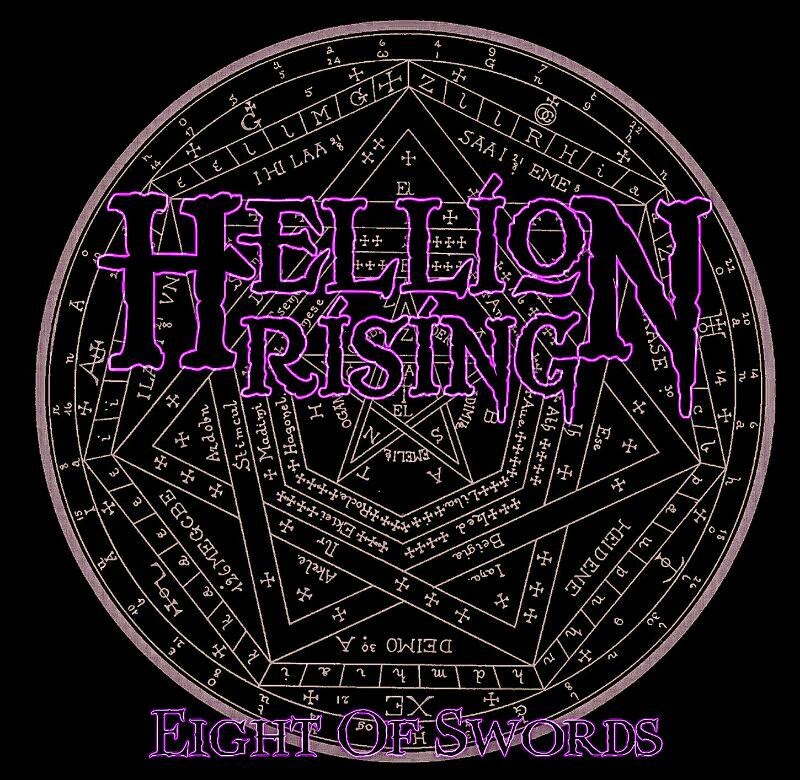 Hellion Rising - Eight of swords (2014) Independent
Produced by Hellion Rising
METAL
Tracks : 1.With bricks of bone and blood as mortar 2.The beast 3.Wretch nailed tongue 4.Bereavement of the chimes 5.Goat charmer 6.Just tonight
www.facebook.com/hellionrisingofficial
2 out of 5

You can easily be mistaken by a band´s sound when you look at their album cover, take for example U.K metallers Hellion Rising´s 2nd EP "Eight of swords" that looks like it could be something for Venom fans. Both with their bandname and artwork, but these guys deliver a blend of groove metal, stoner rock and classic heavy metal. They are influenced by Pantera, The Sword, Five Finger Death Punch and Iron Maiden to name a few.
The music is ok but their singer Matt Adamson is their weak link here, they should´ve needed a powerhouse singer instead of Matt´s grungy voice.
There is one track that stands out and that´s "Bereavement of the chimes", with Trouble-like riffs and tempo changes in the old Black Sabbath school, I´m more than happy to play this song loud.
Upplagd av RothNRoll kl. 6:29 PM