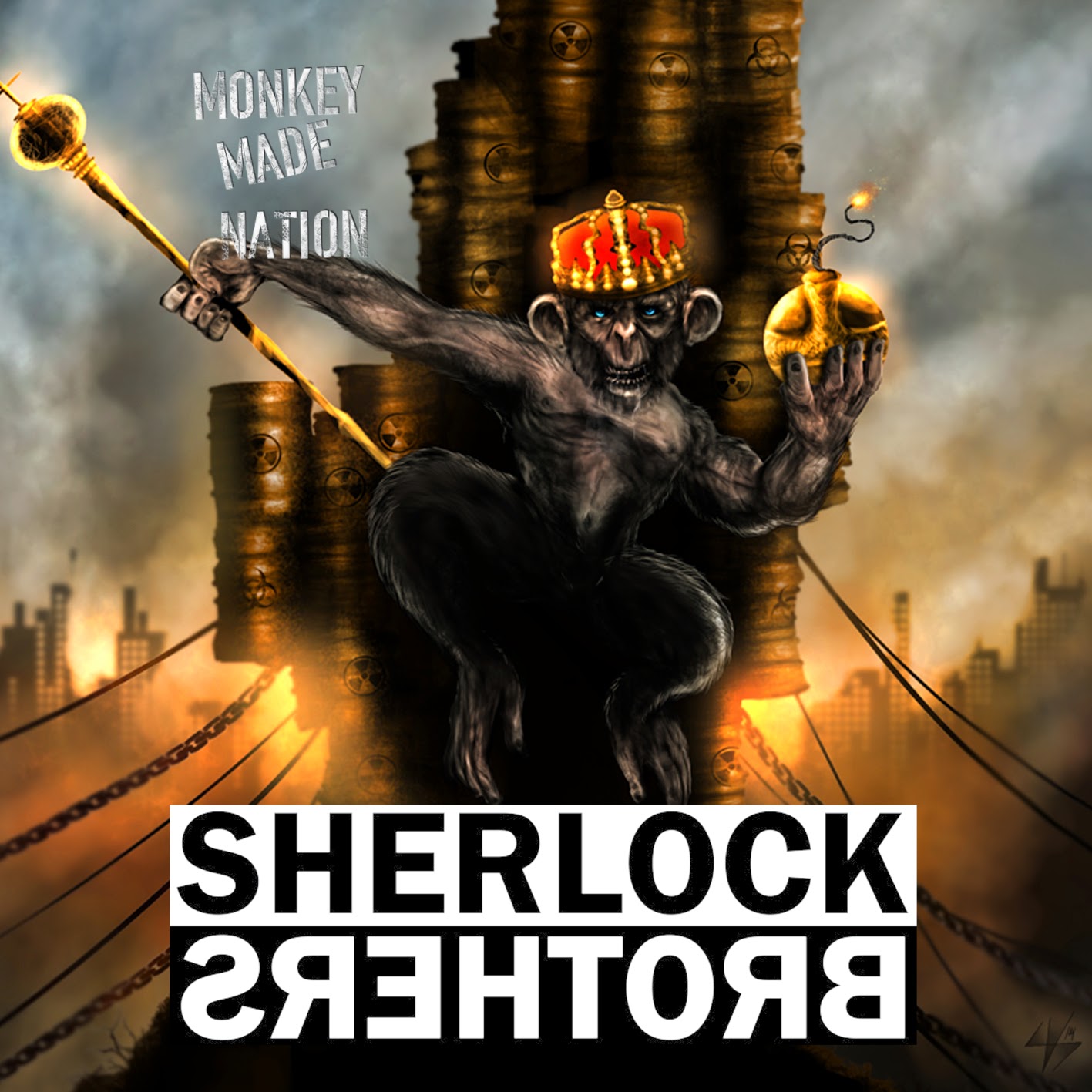 Sherlock Brothers - Monkey made nation (2014) Ninetone Records
Produced by Patrik Frisk
POSTGRUNGE
Tracks : 1.You´re in 2.My way 3.Control 4.Rise up 5.Anger management 6.Cure and curse 7.Beautiful 8.Last night on Earth 9.Sinkhole 10.On my own 11.Desire
www.facebook.com/sherlockbrothers
3 out of 5

Swedish rock band Sherlock Brothers doesn´t take any chances and continues to deliver safe postgrunge flavored modern rock on their 2nd album "Monkey made nation", soundwise like a Siamese twin to their debut "Black cat tango" from 2011.
The music is well performed but we´ve heard this so many times before and I do think the songs on their first album is stronger, but still we get a good rocking album that shouldn´t disappoint fans of the debut. The single "Beautiful" is one of most poppy songs on the album along with "My way" that sounds like Nickelback meets Katy Perry.
I prefer songs like "Rise up" and "On my own" where the band rocks hard.
For fans of 12 Stones, Fivefold and Alter Bridge