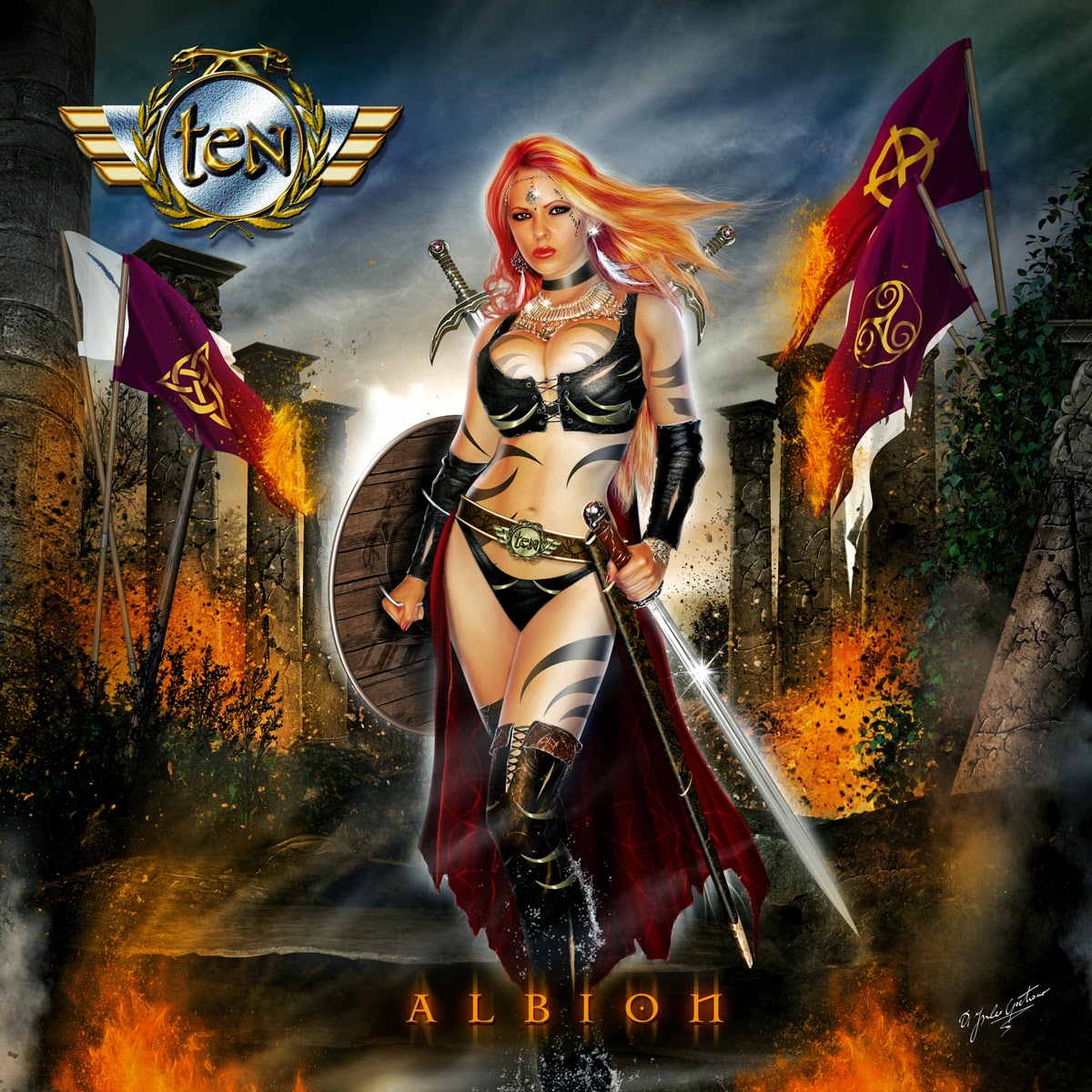 I gave up on Gary Hughes and his Ten after several weak albums between "The Robe" (1997) and "Return to evermore" (2004) but thought I should give him another chance with their 11th studio album "Albion".
The new album is in fact pretty good and the production sounds great too mostly because of Dennis Ward handling the mix.
Gary Hughes still deliver melodic rock but this time around, the songs are quite enjoyable and he sings with a lot of heart and soul. Thumbs up.
You could say "Albion" sounds a bit like Ten´s "The name of the rose" meets Dare´s "Calm before the storm" with a touch of Gary Moore´s "Wild frontier".
Highlights : "Albion born", "A smuggler´s tale".
Upplagd av RothNRoll kl. 6:51 AM