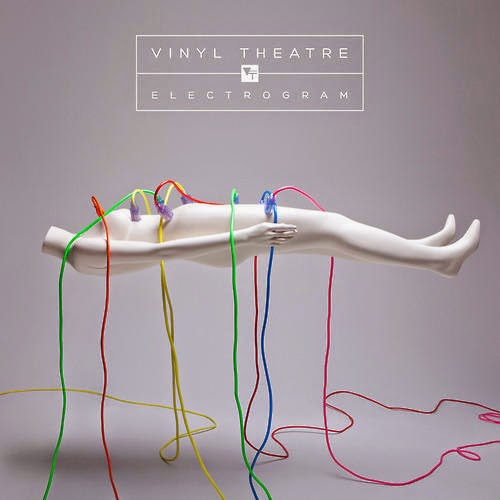 Vinyl Theatre - Electrogram (2014) Fueled By Ramen Records
Produced by Vinyl Theatre
INDIE ROCK
Tracks : 1.Breaking up my bones 2.Shine on 3.If you say go 4.Stay 5.Gold 6.The rhythm of night 7.Summer 8.Shaking in the dead of night
www.facebook.com/VinylTheatre
3 out of 5

Four guys out of Wisconsin formed the band Vinyl Theatre in 2012 and two self released EP´s that caught the attention of Fueled By Ramen Records, they signed the band and here´s Vinyl Theatre´s debut full length "Electrogram".
We get electro pop flavored indie rock here, influenced by The Killers, Death Cab For Cutie and Fun.
There´s nothing new to be found on this album except for a bunch of catchy dance rock songs, at times their sound bring thoughts to Pulp meets Spandau Ballet which is cool.
If you´re a fan of The Killers, you´re gonna dig this album.
Best track : "Shine on".
Upplagd av RothNRoll kl. 8:08 AM