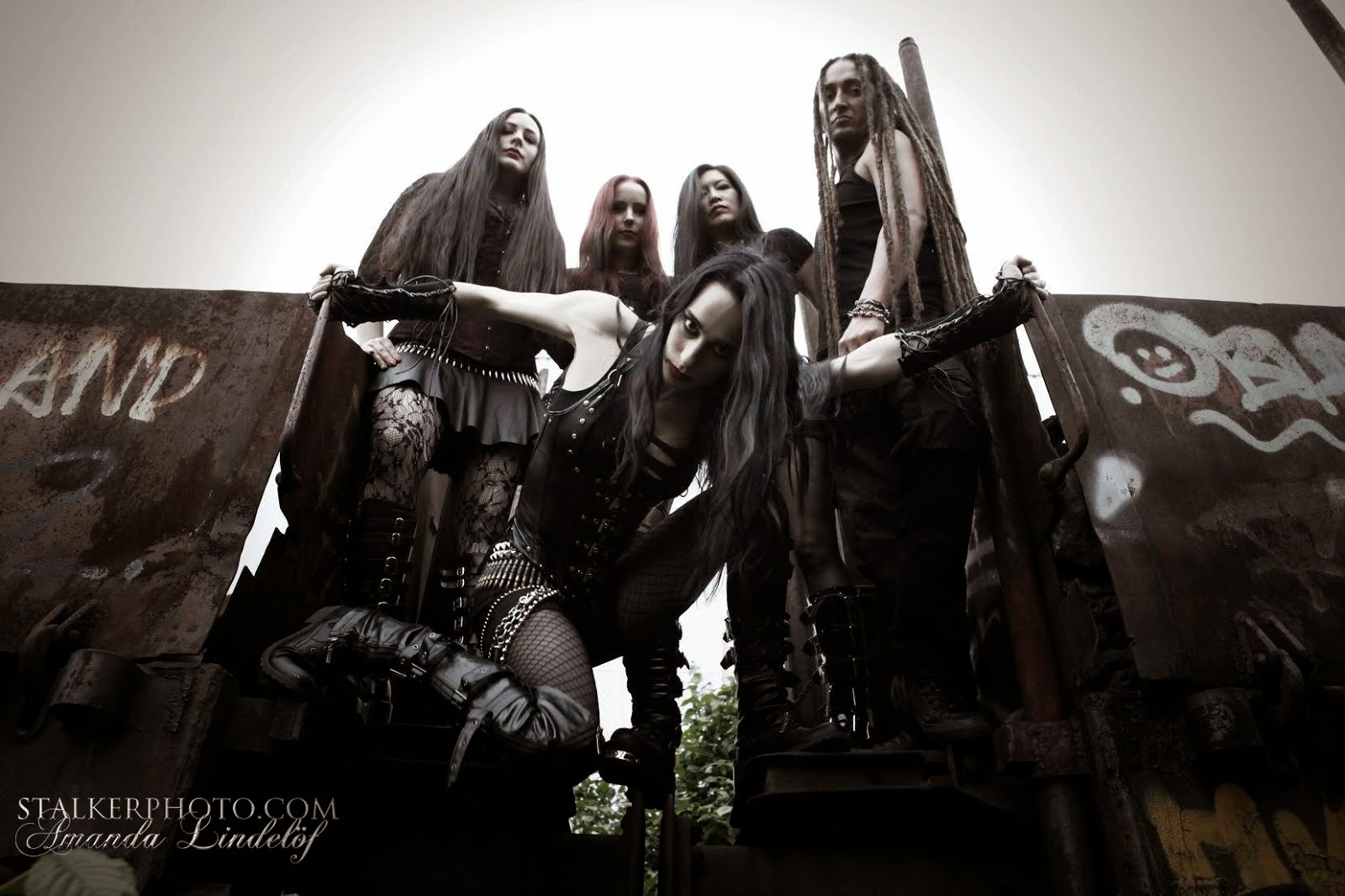 Frantic Amber are a melodic death metal band from Sweden, you might be you new to this band but don´t worry. Palace of Rock are here to make sure your knowledge about this band is far better than yesterday, all you have to do is read the interview..........

Your debut full length Burning Insight feels like a compilation of the band´s music from 2011 up
to now with songs from your first EP Wrath of judgement, the 2012 singles Bleeding sanity and
Ghost as well as a few brand new songs. Do you think the album represent the band how you
sound on stage?
Yes, our debut album definitely represents the band and our sound on stage. It's the result of our hard work from when we started Frantic Amber in 2010. It's been a struggle to find funds to finally being able to release a full length album and we are proud to present it to the world.

Swedish melodic death metal is widely known outside Sweden, do you think it´s easier to get
gigs as a band in this genre or do you feel the pressure being compared to veterans like At The
Gates, Arch Enemy and Dark Tranquility?
Both are probably true. Sweden has such a rich metal scene with so many bands and the veterans have paved the way since the beginning. 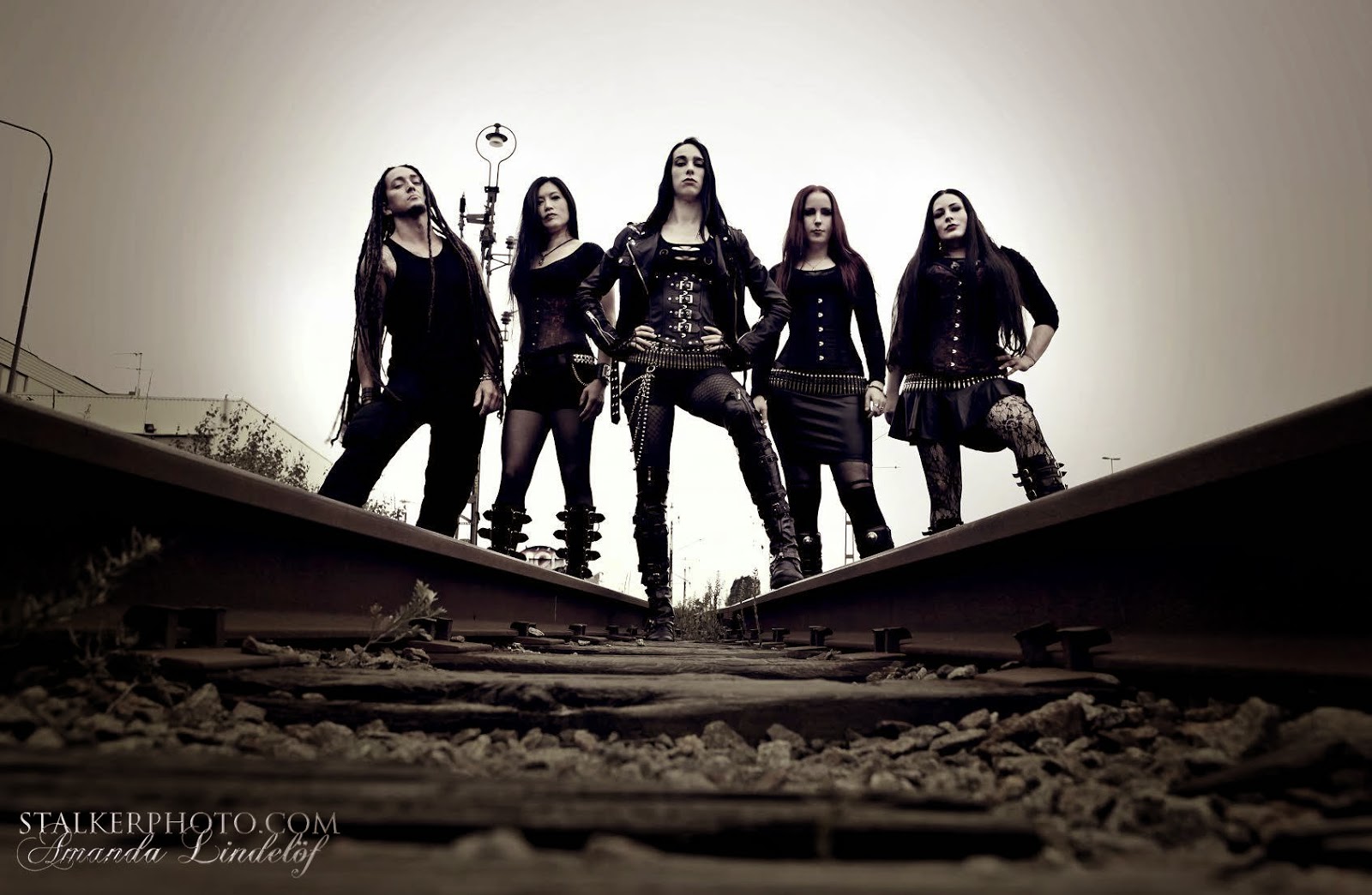 Frantic Amber is truly an international band where the members have their roots in countries
like Japan, Denmark, Colombia and Sweden. Are all the members involved in the songwriting
process?
Everyone is involved in the songwriting and it oftens starts with a riff. Mio has been the main songwriter so far and puts it all together and when it's ready for lyrics Elizabeth writes them and through the entire process there are feedback rounds, jamming and everybody pitches in with ideas and thoughts, so it's a group effort.

Name two albums that changed your life.
We all have different musical influences and come from different backgrounds so those two albums would be different according to whom you ask. 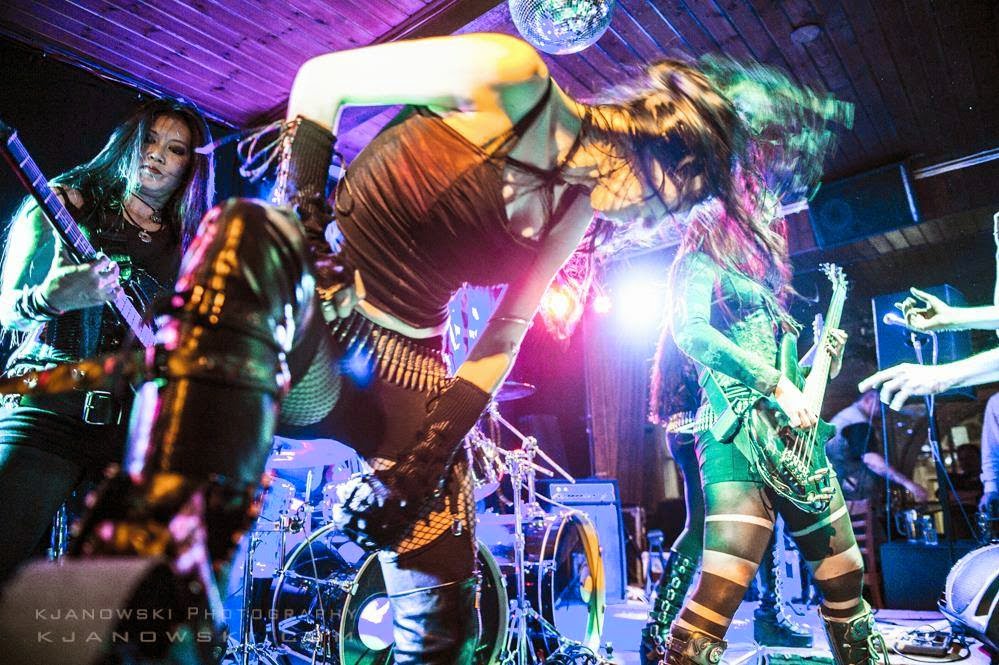 You will perform at Metallsvenskan in May in my hometown Orebro, what kind of show can the
people expect who haven't seen the band live yet?
A huge wave of energy! Frantic Amber is really all about the  live shows, this is what we enjoy doing most and it surely shows. There will be flying hair, heart-quickening drums and bass, heavy riffs and melodies topped off with some angry sounding vocals.

Recently when you were doing a video for the new single Soar, the video shoot was interrupted
by the Swedish police. What happened?
When we had filmed all the scenes except for one we began to pack our stuff so that we could film the last scene. The same second we started to walk we hear a man's voice shouting very aggressively and decisively "Everyone, lie down on the ground now! Hands where we can see them". Many of us thought that it was a joke but when we followed the sound to see who it was we saw an armed SWAT-police who was stationed at the top of the mountain in the direction we were heading.
We all understood there and then that it wasn't a joke so we all dropped down on the ground laying with our hands in front of us. Then we got to stand up slowly and with our back against the wall in a line.
We explained to the police what was going on and that we were shooting a music video. We hadn't thought about that anyone would call the police because the first area we were filming in no one
could see us and the second location was higher up and from there only the neighbor's from across the street could see us. We thought that all the cameras and retakes of the scenes would be a sign of a video shoot but someone had called it in. A helicopter was on its way and when we had talked to the police they were very kind and all through the whole raid very professional. We learned our lesson, call the police before filming a video with replicas of weapons. The SWAT team asked for a Frantic Amber CD so we sent them a copy the next day. 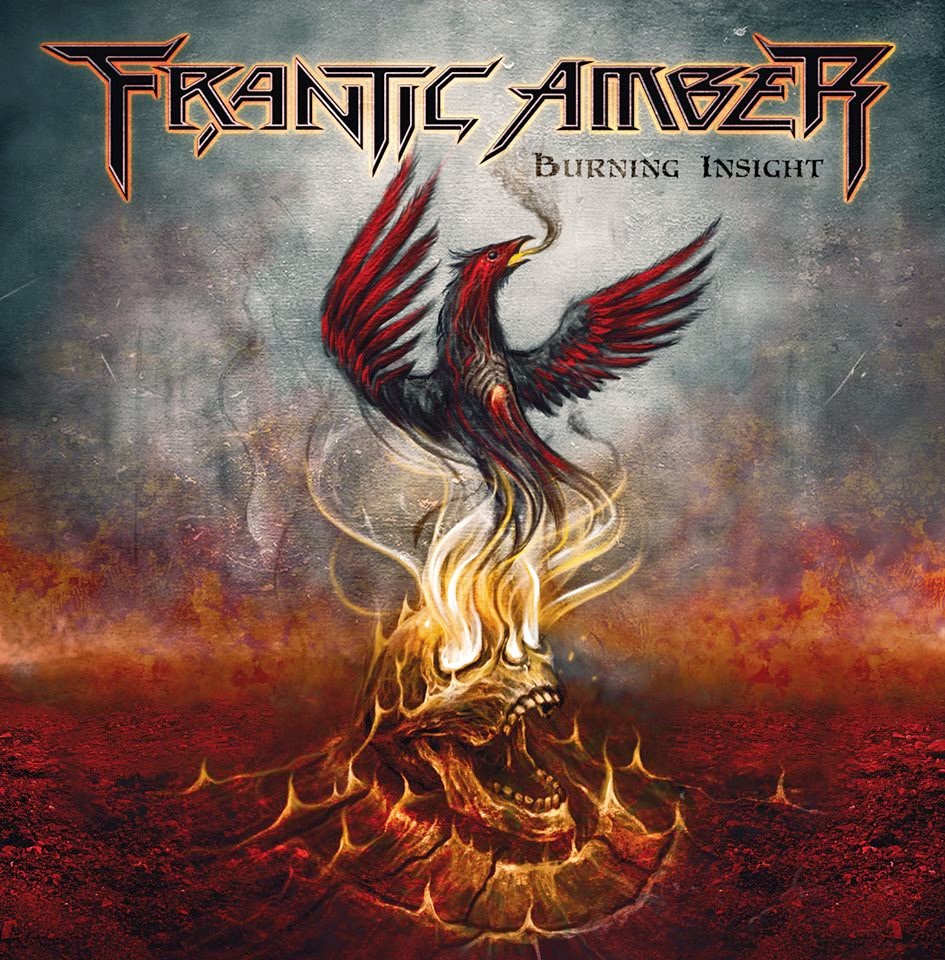 Where do you find inspiration to write the lyrics?
Elizabeth is the one who writes the lyrics and they are inspired by many different aspects. Some are about feeling a certain way, some are about experiences, some fiction stories and others about the issues of the world. It all depends on what the music brings out and what is going on. They are written in the hope of identifying with the listeners and making them feel something.

The band has been around for 5 years now, where will Frantic Amber be in 2020?
We really hope and strive for being up there with all the veterans and big bands. It would be a dream to be able to be financed so that we can travel farther and tour as well as record new albums easier and having people around us working for the better good of the band.

Spotify is often criticized by artists for not paying enough by streaming music, what is your
opinion about this digital service?
It's far better than piracy that's for sure. Living in a digital age where everything need to be available
at our fingertips also means that the music industry has to change with it. Spotify is one of those companies that are attempting to solve it. As a consumer it's a great service, but as an artist it's probably not where the largest sum of money comes in unless you have millions of listeners.

Why should we buy your new album Burning insight?"
If you like our music and want to support Frantic Amber we would be happy to be added into your collection of CDs. There is a booklet inside with stunning art and all the lyrics and if you buy it at one of our gigs we are happy to sign it.
Upplagd av RothNRoll kl. 2:58 PM