Balloons Kill Babies are the three musketeers of instrumental rock 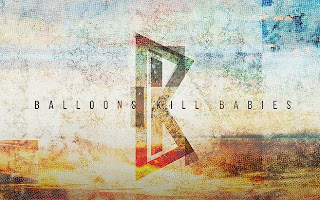 Balloons Kill Babies are releasing their brand new single "Patches in the Sky" on Friday June 19th and are announcing their tour down the East Coast of Australia to support it.

The 3-piece heavy and progressive, entirely instrumental band from Brisbane entered the studio at Tall Poppy Studios in early 2015 with engineer/producer Greg Olley and emerged with a song that gives the emotional soundtrack to the statement "The End is coming, there are patches in the Sky."

Balloons Kill Babies are aural painters - their dark and visceral pieces are portraits of captured emotions and moments. The instrumental nature of the band means that they are not constrained by the elements of popular music, instead working in movements and waves of music.
https://balloonskillbabies.bandcamp.com/