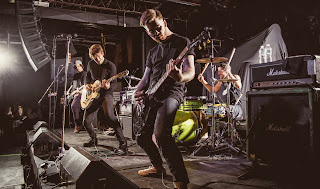 Final Thought consists of three best-friends from Toronto, ON, Canada. Rocking pop-music in an edgier format than any trio has done before. The boys strive to bleed through the noise and do things bigger and better than any other independent band you know.
Their album "What we need" ended up on Palace of Rock´s Top albums of 2011 list so we can now announce the fab news of Final Thought releasing their new EP "Fantasize" in late June.