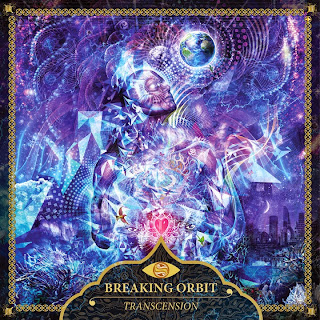 Breaking Orbit - Transcension (2015) The fantastic four from Oztralia
Lately we´ve seen the progrock/metal genre growing fast in Australia with new promising bands like Mass Sky Raid, Chaos Divine, Transience and Jericco.
Mostly because of the worldwide success from Karnivool, Dead Letter Circus and Voyager.
Here is another mighty fine band from down under, the Aussie progsters Breaking Orbit debuted with "The time traveler" in 2012 and now follow up with the 2nd album "Transcension".
What a lovely album it is with unexpected twists and turns and suggestive riffs, this quartet is by far more of an alternative metal band than pure progressive rock but fans of Karnivool and Voyager have something to look forward to in this 9 track album.
Put on your headphones, sit back and relax. Let Breaking Orbit take over from here. 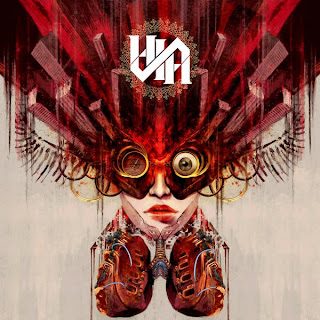 VIA - Hybrid identity (2015) Same old story, same old dance
Modern melodic metal from Dresden, Germany. Here´s the debut EP from VIA that contains 4 explosive rockers with the classic ingredients, growls, clean vocals, heavy riffs and catchy choruses.
Their sound bring thoughts to bands like Bring Me The Horizon, All That Remains and Bullet For My Valentine. Hardly unique but it works. Just don´t ask Anvil frontman Lips what he thinks of modern metal because he hates it.
But there´s a market for this genre even though it´s a bit saturated, the fans of metal are the most loyal ones so "Hybrid identity" won´t vanish into the void. 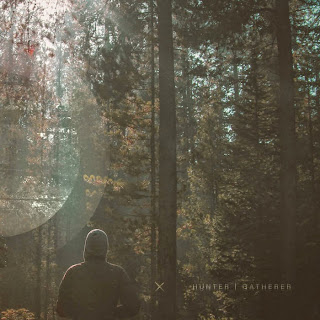 Calling Apollo - Hunter Gatherer (2015) Turn it up and wake the neighbors
The music of Calling Apollo is a reminder of how the British rock scene sounded a decade ago with bands like A, Hundred Reasons and The Cooper Temple Clause.
These guys from Wales play a mix of alternative hard rock and punkish space rock, they debuted with the "Clone city" single in 2014 and now releases their first EP "Hunter Gatherer" with 5 new tracks.
I like the King´s X vibes in the guitarchords and the Jason Perry-like (A) vocals in the choruses, this is the strong black coffee of rock the pop dominated world needs where everything seems to go the coffee latte way.
Calling Apollo might not be the saviors of rock but you gotta start somewhere. 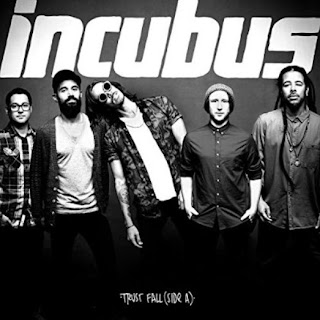 Incubus - Trust fall Side A (2015) Just what the doctor ordered
"Trust fall" is the first release from Incubus since the 2011 album "If not now, when?", their frontman Brandon Boyd gave us the excellent Sons Of The Sea album in 2013 but now we finally get 4 new songs from his beloved main band.
And it´s perfect, fans of their previous albums will love this EP where this California based band delivers intelligent alternative rock just the way we want it.
The single "Absolution calling" stand out and so do the infectious "Dance like you´re dumb" which is a new classic, could it be their 5th no.1 hit on the U.S alternative songs chart?
Ask not what Incubus can do for you but ask what you can do for Incubus,  you can purchase "Side A" so we can look forward to "Side B" as well.
Other lesser-known bands to check out if you like Incubus : Needmore, The Intersphere, Cereus.