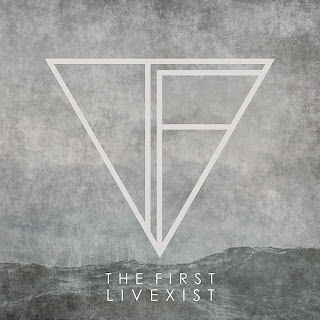 The First - Live Exist (2015) They are not the last but most certainly the first
EP´s are really the new way to release music, especially when the average listener today only make playlists with a few selected songs on streaming services or just purchase single downloads on various digital platforms.
U.K rockers The First of course knows this and releases 3 new tracks on their "Live Exist" EP, fans of their two first albums "Swimming with sharks" (2010) and "Take courage" (2013) don´t have to worry because this band continue to deliver melodic alternative rock with 80´s flavored choruses.
Just the way we know this band.
The songs are upbeat, energetic and well produced. Not much to complain about here. 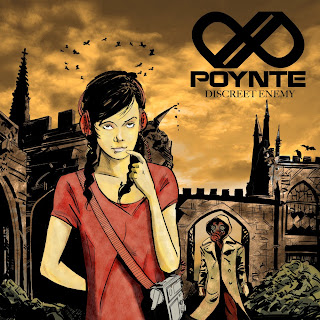 Poynte - Discreet enemy (2015) What do you wanna do with your life? I wanna rock!
Atlanta, Georgia is such a great rock city that is the hometown for artists like Sevendust, Butch Walker, Collective Soul, City Sleeps, Mastodon and Mother´s Finest.
So it´s not so strange that new great bands keep poppin´ up like Brother Grey, Last Red Ransom, Viasava and Poynte in this fine music climate.
Alternative hard rock band Poynte released their debut EP "Over my head" in 2012 and this year, they came back full force with the full length album "Discreet enemy".
Soundwise the album goes in the same vein as Alter Bridge, Breaking Benjamin and Smash Into Pieces. There´s plenty of WWE anthems here where the single "Hold on" stand out along with the Jason Derulo cover "In my head".
They rock! 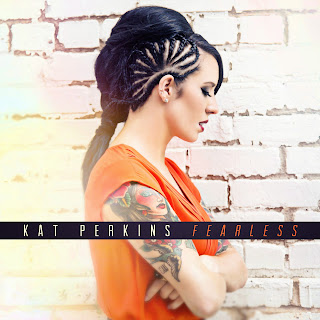 Kat Perkins - Fearless (2014) Look what the Kat dragged in
In 2010, Kat Perkins had to go through a vocal surgery and decided to retire from the music scene. But after a while came an opportunity to perform for the U.S military in the middle east that would change her life and bring her back to the national spotlight.
And what a CV she has with making it as the top 5 on NBC´s The Voice season 6, in 2005 her band Scarlet Haze opened for Bon Jovi and five different times she reached #1 selling rock singer on iTunes.
Perkins latest EP "Fearless" is produced by Eric Warner and John Fields (Pink, Goo Goo Dolls) and I really dig the title track that made it to the first round of the 2015 Grammy Awards nominations for best rock song and best rock performance.
However, I find it a bit disappointing that the other tracks are covers of "Paris" (Grace Potter and The Nocturnals), "Good girl" (Carrie Underwood) and "Barracuda" (Heart).
Although, these versions are working out rather good. I would´ve liked to hear Perkins do more original tracks. And to my joy, she will release a new single "Drive" on June 2. YIPPIE! 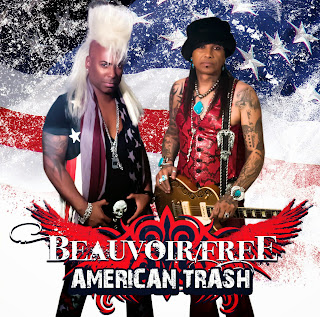 Beauvoir / Free - American trash (2015) It´s time to feel the heat again from the Mohawk man
Jean Beauvoir and Micki Free, the writing team for the Crown of Thorns debut (1993) joined forces again for the melodic rock smash "American trash". This is the first album in 7 years from Beauvoir and the Crown of Thorns album "Faith" (2008).
He released the single "The rhythm" under the monicker AKA Voodoo man in 2012, but it wasn´t followed by an album release.
But the wait is over, "American trash" sounds like a classic Beauvoir album so it was a great idea to team up with Micki Free again. I never thought any Crown of Thorns album after the first one could match it with the same quality but this one truly can.
The new album is up there with Beauvoir´s other highlights such as "Feel the heat" from the Cobra Soundtrack (1986), Voodoo X´s "Vol.1 The Awakening" (1989) and Crown of Thorns (1993).
The songs "It´s never too late" and "Never give up" puts a big smile on my face.