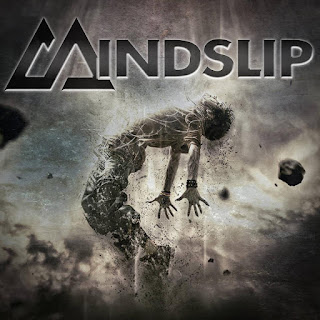 Mindslip - Mindslip (2015) Happy hours at the corporate rock machine
Jacksonville, Florida is the hometown for modern rock group Mindslip, they debuted with "Perpetual burning" in 2008 that was followed by "Rising up" in 2010, now their 3rd self titled album is out and I come to think of how a jukebox would´ve looked like during the millenium.
Back in the 50´s and 60´s, people sat in cafe´s and listened to Bill Haley, Elvis and The Beatles. The rocknroll of yesterday.
If you could pick a song on a Jukebox a decade ago, the artists to choose from would probably be Nickelback, Linkin Park, Hoobastank and Creed.
Mindslip easily fit in very well with their mainstream active rock even though 15 years has passed since this genre conquered the charts.
Favorite songs are "Carry on" and "Cover your eyes".
For fans of Burn Season, Marion Crane, Bulletproof Messenger 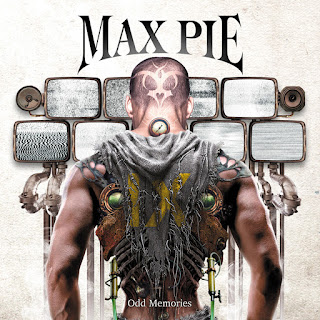 Max Pie - Odd memories (2015) So you want to blow your own trumpet
Founded in 2005, originally playing classic hard rock in the same vein as Deep Purple and Whitesnake. Max Pie gradually evolved into the progressive heavy metal band they are today.
This band from Belgium has released two albums, "Initial process" (2011) and "Eight pieces one world" (2013) with the 3rd album "Odd memories" coming out this summer.
Max Pie combine the symphonic metal of Kamelot with the melodic power metal of Avantasia, and even traces of progressive metal a la Circus Maximus.
They´re great musicians but the singer feels rather misplaced here, his voice ain´t my cup of tea at all.
Thumbs up for the top notch production from Simone Mularoni (DMG), I love when you can seperate the instruments from eachother. But just like a Hollywood movie, it´s not all about special effects, you need a good story too and I feel the story´s missing here.
They are hardly the Elvis of prog, more like it they are Pixar of metal. 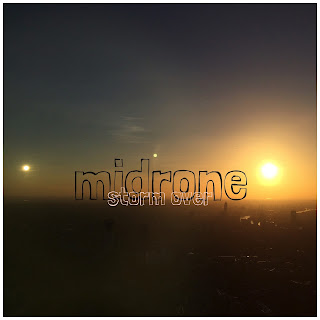 Midrone - Storm over (2015) A touch of tranquility
The Spanish artist Paul J.No is a creative songwriter/producer who puts out a new record each year, the music is still slightly progressive on the new album "Storm over" but there´s less synthpop flavored tunes and more softer than "My kingdom" from 2014.
His fragile voice would be all wrong in a hardrock band but it suits his mellow songs, the music is far better than the album cover that looks homemade.
If you put Erasure, Supertramp and Camel in a blender, out comes "Storm over". It´s a solid piece of work but I prefer his previous album "My kingdom". 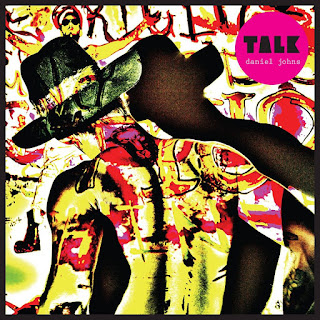 Daniel Johns - Talk (2015) Bittersweet, amazing and utterly gooey
I´m not sure why I decided to listen to Daniel Johns solo album "Talk" when I really didn´t like his "Aerial love" EP earlier this spring, must be because I love his work with Silverchair and The Dissociatives so much that I believed something´s gotta be good on his debut solo.
2 songs are included from the "Aerial love" EP, the title track and "Preach", plus the album also feature the new single "Cool on fire" which goes in the same direction as the EP tracks.
"Talk" is an uneven affair but there are some great songs on it, not everything is R&B syrup.
Especially "By your side" that bring thoughts to The Dissociatives" is wonderful and also the synthpop heaven of "Dissolve", amazing vocals from Johns here.
Another song worth pointing out is the Freddie Mercury-like "New York", if the album would´ve sounded like these 3 songs it would´ve been stellar.
But then there´s the Kanye West pop...........so unnecessary.