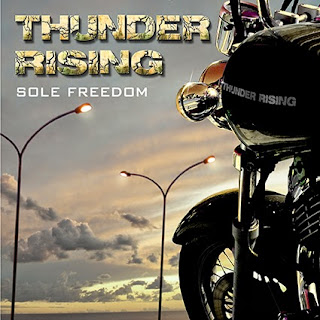 Thunder Rising - Sole freedom (2015) The way hard rock sounded pre-grunge era
Want your hard rock to be old school?, then pay attention and look this way. Thunder Rising might be an Italian band but they sound more American to me, imagine a mix between Warrant, Lynchmob and Van Halen and you´ll get the idea.
They released their self titled debut album in 2013 that featured Mark Boals (Yngwie Malmsteen) on lead vocals but since Boals was busy with Dokken, Thunder Rising recruited new singer Alessio Spini on the new EP "Sole freedom".
In fact, Alessio´s voice is reminiscent of Boals so all things good here. And there´s even a guest performance from Boals on the opening track "The best things are free".
The best track is the AOR-ish "Blind without you", the chorus is a killer.

Komox - Dreaming awake Vol I - Vol II (2015) Talk about pop music
Komox is the side project of Lifehouse bassist Bryce Soderberg, soundwise not even close to the modern rock of his main band Lifehouse but instead more like electro fused indie pop.
Formerly known as 2ndwheel, the band rebranded to the name Komox in 2014. Besides Bryce on lead vocals and bass, Komox also includes Pelle Hillstrom - Guitars (Abandoned Pools, Modwheelmood) and Kris Persson - Drums (Toby Rand).
The first two EP´s "Dreaming awake" Vol.I and Vol.II are now available, together they make a solid full length album for fans of OneRepublic, The Script, Ryan Star.
It´s pretty cool that the songs have traces of 80´s synth pop and it´s even more cool that Bryce is heavily influenced by Tommy Walter´s atmospheric pop (Abandoned Pools, Eels, Glacier Hiking). 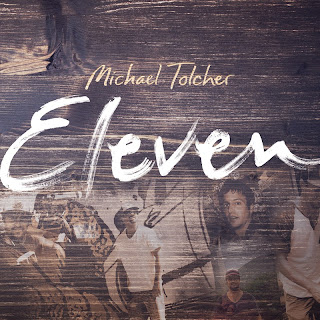 Michael Tolcher - Eleven (2015) Back for the love of music
When you think an artist is gone and forgotten, they show up with a new album. "Eleven" is the title of Michael Tolcher´s 2nd full length album and it´s also number of years between his new album and the debut "I am" from 2004.
Fans of the first album will feel right at home with "Eleven" because Tolcher still deliver adult pop / rock in the same vein as Gavin DeGraw, Jon McLaughlin and Daniel Powter.
In this day and age when R&B has taken over the charts completely, you might think Tolcher´s comeback is only about money but this is his homefield and what he does best.
"Eleven" is a very honest album and I welcome Tolcher back into the music business. 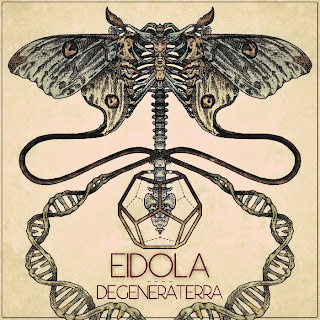 Eidola - Degeneraterra (2015) A world without heroes is like a world without Eidola
If the planet Earth represent mainstream music, then we would find the Salt Lake City based experimental rock band Eidola on Pluto.
These guys have no limits, they blend post hardcore with progressive rock and if a song doesn´t need a chorus, it won´t get one either.
I can´t say I´m that familiar with their debut album "The great glass elephant" from 2012 but I´m glad I checked out their new album "Degeneraterra" because musicwise, it´s like going into Willy Wonka´s chocolate factory. You will find every musical flavor you´re looking for here.
For fans of Chiodos, Circa Survive, Artifex Pereo