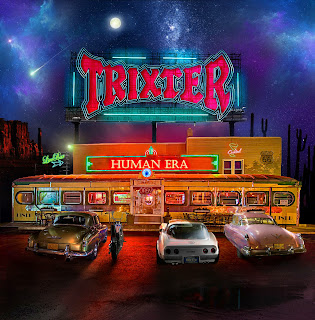 Trixter - Human era (2015) Better dust off those spandex pants because it´s party time
Back in the early 90´s, the American hard rock band Trixter released two albums in the aftermath of 80´s hairmetal that was fading away when grunge exploded in 1991.
The band returned with the comeback album "New audio machine" in 2012 and a sound that combined 80´s hard rock with a more modern flavored powerpop.
It´s the same with their 4th album "Human era" where some songs lean more towards bands like Firehouse and Danger Danger while other tracks goes hand in hand soundwise with 40 Ft Ringo and Waltham.
I can´t say I was that impressed by their previous album "New audio machine" because I´m more of a fan of guitarist Steve Brown and bassist P.J Farley´s band 40 Ft Ringo, but the songs on the new album are much better like "Every second counts", "Not like all the rest" and "Midnight in your eyes".
This band is headed in the right direction. 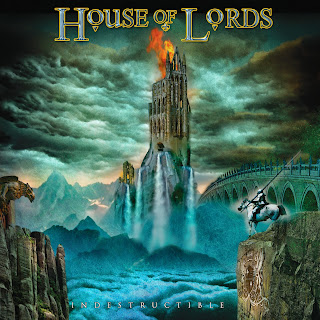 House of Lords - Indestructible (2015) James Christian on top of his game
Already a new album from James Christian and his House of Lords! It´s almost like the 70´s when we got 1-2 albums per year from our favorite bands.
Their previous album "Precious metal" from last year truly knocked me out with the big choruses and massive riffs, it´s up there with the classic HOL albums.
And it seems like the band has no intentions of getting down from that plateau either, because their 10th album "Indestructible" is super!
If James decides to step down from the music scene now, he does it like a winner.
Songs like "100 mph", "Pillar of salt", "Go to hell" and "Indestructible" all belong on a Best of compilation with this band. If you´re a fan of melodic hard rock and don´t like this, you´re either have become deaf or have a gun to your head threatening you. 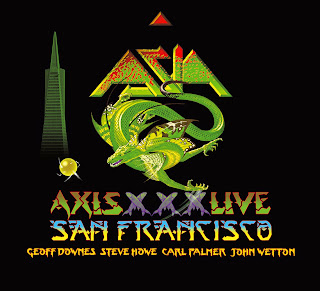 Asia - Axis XX X Live in San Fransisco (2015) When Asia goes to America on a continental drift
The new live album from Asia is recorded Nov 7th, 2012 in support of the "XXX" album and it´s also one of the last shows of the original line up Geoff Downes, Carl Palmer, John Wetton and Steve Howe. Guitarist Howe retired from the band to focus on Yes and he was replaced by Sam Coulson.
The setlist features songs from their first two albums and selected songs from the reunion albums, it will be released on DVD and as a 2 CD set.
This one is much better than "High Voltage Live" (2014) from their 2010 tour, some tracks that stand out are "Ride easy" which was only released as a b-side to the "Heat of the moment" single and Steve Howe´s acoustic pieces "Pyramidology" and "Golden mean".
A stripped down version of "Don´t cry" is another highlight along with the newer tracks "Face on the bridge" and "Tomorrow the world".
I can´t say I´m too impressed with Carl Palmer´s drumming these times, he´s a shadow of the magnificent drummer he used to be. 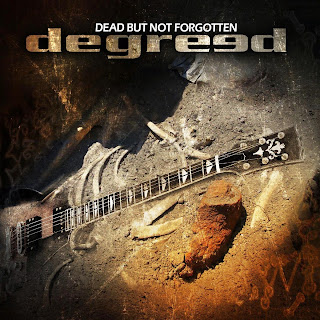 Degreed - Dead but not forgotten (2015) You can´t keep a good band down
Robin Ericsson - Vocals/Bass, Daniel Johansson - Guitar, Mikael Jansson - Keyboards and Mats Ericsson - Drums are no famous names to the world but as Degreed, plenty of melodic rock fans know their two first albums "Life, love, loss"(2010) and "We don´t belong" (2013).
They wrote 17 songs for the new album and put 14 tracks on it, "Dead but not forgotten" is a mighty fine album in the hard rock/AOR genre.
I´ve been listening to it all week and I don´t see how I`m going to get tired of hearing songs like "The scam", "Kill your darlings" or the other 12 for that matter.
This is great music that shouts out longevity.