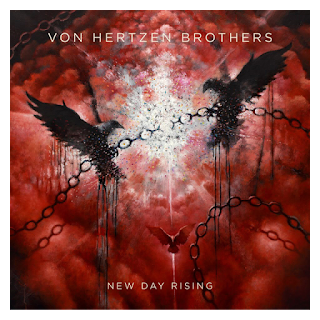 Von Hertzen Brothers - New day rising (2015) Rock from the land of a thousand lakes
I never bothered to listen to entire albums with Finnish rock band Von Hertzen Brothers, although I did enjoy some of their singles in the past. Then a close friend of mine said I should check out their latest album "New day rising" because it´s right up my alley.
These brothers do have a cool style, they´re a bit quirky at times but also very melodic and quite interesting. Their latest albums went up like rockets on the Finnish chart and I can see why, the songs are really strong on their 6th studio album and well produced like a big budget affair.
The music is filled with plenty of harmonies, strings and an artsy attitude. Thumbs up.
In some moments their songs can be described as Biffy Clyro meets The Verve and in others, Danish band The Storm meets Kino.
It helps if you´re a fan of slightly progressive music to get into VHB. 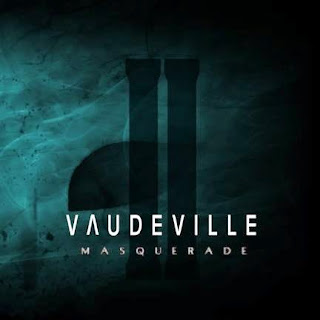 Vaudeville - Masquerade II (2015) The Rolls-Royce of modern rock
A year ago, Vaudeville released Part 1 of "Masquerade" and I couldn´t be happier. This Minneapolis based band are without doubt an unstoppable force with their anthemic rock.
It´s a mystery why they aren´t up there with the big names, selling lots and lots of records. Because Vaudeville not only write first class songs, there´s also a touch of originality in their sound that can´t be overlooked.
Part II is here with 6 new adorable tracks where my personal faves are "How does it feel" and "Far from here", but next week it might very well be "Brave new world" or "On sleepless nights".
I love ´em all. 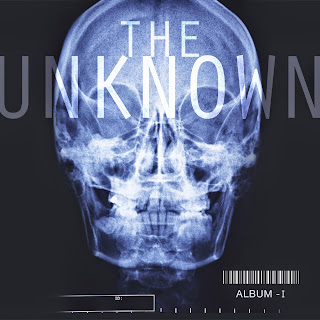 The Unknown - Album 1 (2015) What if Jim Steinman was a part of the mod revival
The Unknown is the new project from former OneRepublic member Tim Myers, the multi instrumentalist handles guitar, keyboards, bass, drums and lead vocals. "Album 1" also features contributing vocals from Carah Faye (Shiny Toy Guns) and additional guitar, bass and drums from Dave Bassett (Shinedown).
The recently released solo album "The year" from Myers took the listener into a world of 70´s feel-good pop, while The Unknown rocks a helluva lot harder.
This album contains a wonderful mix of 60´s rock and modern indie rock, imagine if The Kinks and Kill It Kid had a baby that was raised by Sparks and you´ll get "Album 1".
It´s theatrical and so cool. 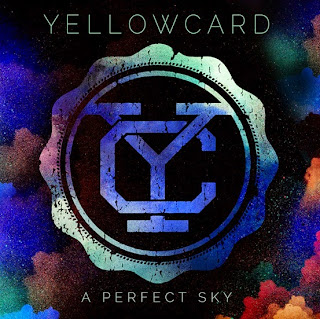 Yellowcard - A perfect sky (2015) The pop punk boys of Jacksonville strikes again
The "A perfect sky" EP was released on the record store day in April, featuring 3 remixes and acoustic versions of songs from their latest studio album "Lift a sail" (2014).
I went back to my first review of this band´s 2003 album "Ocean avenue" and found the line "Yellowcard sound like The Corrs dating Lit" and it´s exactly how I feel about these renditions, the beauty and the innocence of The Corrs sisters are all over "MSK", "One bedroom" and "California".
After the fab "Lift a sail" album and this brilliant EP, I must say that this band sound reborn.
Whatever you´d like to call these acoustic tunes, the word quality comes first in mind for me.