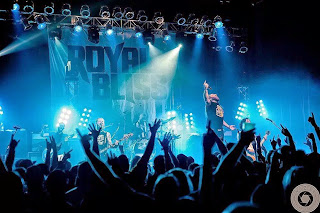 Royal Bliss are nothing if not survivors—they’ve endured years of hard touring and label changes, not to mention lead singer Neal Middleton’s near-fatal fall from a balcony in 2003. These experiences lend depth to Chasing the Sun, the Salt Lake City–based band’s self-released seventh album. The quartet have refined their blend of classic hard rock and post-grunge with each successive release.
Their latest album "Chasing the sun" came out in 2014, now a year later they release the new single and video "Drown with me".