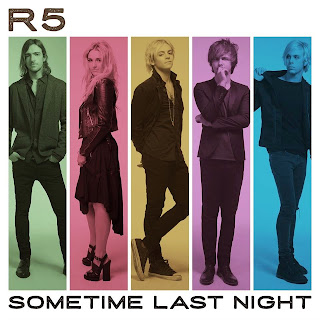 Before R5 entered the studio to record their Hollywood Records debut album no one told them what to do. No one needed to. The band knew exactly what they wanted: to make an album perfect for playing in the car. And by that they meant summer nights, with the top down, cruising down the highway and cranking the music up. Not just loud. Louder.
Their debut album "Louder" came out in 2013, now 2 years later the band is set to release the 2nd studio album "Sometime last night" on July 10.
Watch the official video "Let´s not be alone tonight" from the upcoming album here: