Fred Abbott and his adrenaline shot 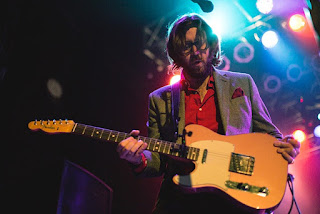 Fred Abbott is a London-based musician best known as lead guitarist and keyboard player in Noah And The Whale. Over the last year Fred has recorded his solo album SERIOUS POKE, backed by members of Noah And The Whale and other friends, that will be out later this year. The album was co-produced by Fred and Martin Hollis and recorded at the legendary British Grove Studios in London. Fred can currently be seen playing lead guitar in Americana supergroup Orphan Colours, whose debut EP will be out soon. Fred also regularly collaborates with Matt Owens (formerly known as "Urby Whale") in his rock'n'roll band Little Mammoths and as part of the Delusional Vanity Project, with whom he recently recorded Owens debut solo album. He has also played on numerous recordings for other artists and pops up playing gigs in London with various acts on a weekly basis.
Check out his new single "Adrenaline shot" here: