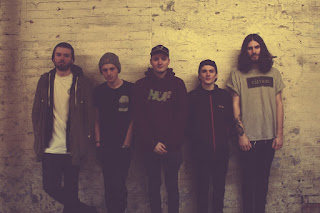 The E.P title isn’t loaded with any negative connotations,” states Joel Plews, vocalist with Manchester Pop Punks, Best Years, discussing the band’s latest E.P ‘Drop Out’; “The members of this band have all ‘dropped out’ of reality in order to fully commit to this band; we’ve made sacrifices in doing so, but we’re having more fun doing this than we would be doing anything else. The title is meant as an encouragement for people to drop out of boring routines and start afresh doing something they love, to chase their dreams.”
"Drop out" is released on August 28, listen to the new track "Overrated" here: