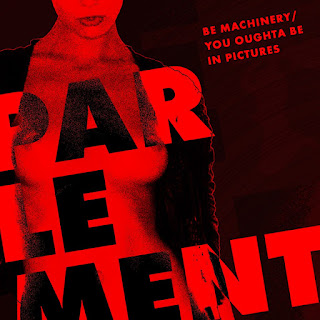 Spanish based garage rock outfit, Parlement have just announced the release of their new single ‘Little Liar’ taken from their new album Be Machinery/You Oughta Be In Pictures.  Released June 29th.
The band consists of singer-songwriter Stefan Robert, Carlos Arroniz on drums, Raül on bass and Javi Bueno on lead guitar.

Clearly influenced by some of the best rock bands of the late eighties and early nineties, ‘Little Liar’ Stefan Roberts sings with an edginess and swagger, that leaves you imagining that he is the sort of front man that would be exhilarating to watch perform live.  His vocals carry that Northern Soul grittiness of the Stone Roses and The Charlatans, yet he delivers this with short punchy verses, which opens the floor for the rest of the band.  We get to hear Javi play some stadium rock licks, chops and solos, which when combined with Carlos thumping out some old school powerhouse drumming and Raül bouncing out a bassline that hints at his Latin roots.