Biters give the sound of electric blood 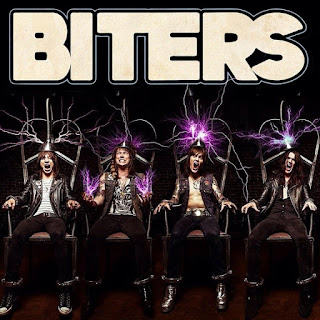 In this digital age of disposable razors, disposable relationships and disposable music, anything authentic seems more precious than ever.
Discovering the indigo denim of an old Levi's jacket or an arrowhead in your backyard are some of the joys untold. Biters are a rock and roll band hailing from Hatecity and upon first listen you know they are the real deal. Steeped in rock tradition, this young group blends the alchemic mixture of louder than Hendrix volume with a heaping elixir of pure brutality. If Tom Petty was assaulted by the Sex Pistols while Stiv Bator was pouring the drinks, that scene would approximate the sound of the Biters.
Their new album "Electric blood" drops Aug 7th on Earache Records, check out their new single "Restless hearts".