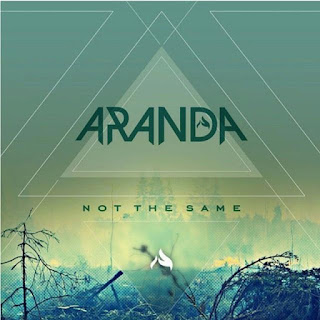 Aranda - Not the same (2015) A package of mainstream rock served on a plate
The Aranda brothers are no newcomers to the music scene, "Not the same" is their 3rd album and they are experts of writing macho riffs and choruses that will stick to your head like superglue.
The songs on their new album comes in a luxurious production, they´re not shy and doesn´t hide that they are influenced by 80´s hard rock like Def Leppard and modern rock such as Closure and even Muse.
There are several tracks with hitpotential like the title track "Not the same" and the Pop Evil-esque "We are the enemy", but the song that stand out is "Knock the lights out". Pop/rock heaven.
Another great song is "Stay" that bring thoughts to Tal Bachman´s adorable powerpop, not to mention "Shadow of the sun" that should please fans of Tonic and Bleu.
The best kept secret in the modern rock world. Blacklist Union - Back to Momo (2015) Sky´s the limit for these rock´n´roll outlaws
Wanna forget about all the disastrous news in the world for a while and just have a good time? Then here´s the right medicine for you from L.A rockers Blacklist Union and their 4th album "Back to Momo".
Led by frontman Tony West, they deliver a blend of classic 70´s hard rock and 80´s glamrock. Blacklist Union are influenced by AC/DC, Motley Crue, The Cult, Guns´N´Roses etc and are the essence of what rock´n ´roll is all about. Energy, passion, party and no holding back.
They might be every mother´s nightmare with their looks but when it all comes down, these are the guys your daughter should bring home.
So if you think D.A.D meets Flipp with traces of The Darkness sounds like a real treat, this is the album for you.
Goodness, gracious! 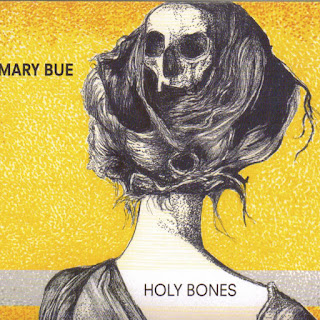 Mary Bue - Holy bones (2015) Music just like the autumn breeze
Imagine if you make a musical soup of PJ Harvey, L7 and 4 Non Blondes. You´re gonna get indie pop songstress Mary Bue. She sounds like a female version of Neil Young at times and in other moments, more towards First Aid Kit going wild on fuzzguitars.
This ain´t really my cup of tea but I got the CD in my mailbox and I thought I should give it a listen. "Holy bones" is not a bad album, the music feels honest and Mary´s got a voice reminiscent of Sheryl Crow.
A track that got my attention is the folkrockpop tune "Put up", there are some great melodies in that song. Overall a decent record from an artist that has released 6 albums so far. 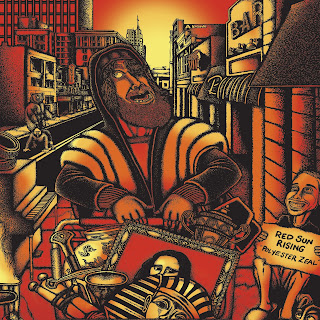 Red Sun Rising - Polyester Zeal (2015) A sensational new breed of Ohio players
If you will only buy one modern rock album this year, make sure it´s the debut album from Red Sun Rising. "Polyester zeal" is fantastic from start to finish, it´s produced by the master Bob Marlette (Saliva, Alice Cooper, Sinisstar) and the result is earcandy for any sucker of active rock.
Red Sun Rising is Mike Protich - Vocals/Guitar, Ryan Williams - Guitar, Tyler Valendza - Guitar, Ricky Miller - Bass and Pat Gerasia - Drums. These guys have supported bands like Sevendust, Seether, Nothing More and Shinedown. And by the sound of their brilliant first album, I bet they will be in the same league very soon.
Anthemic rock have never sounded better, listen to fab songs like "Amnesia", "My muse" or "Worlds away" and be amazed. And oh by the way, the other 8 tracks are equally great!
For fans of Hoobastank, Filter, Skillet