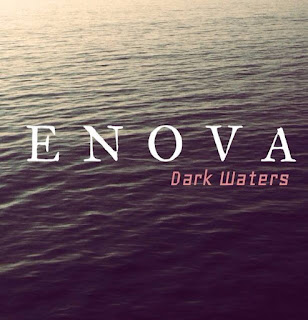 Enova - Dark waters (2015) Be patient, they might get it right the 3rd time around
They´ve got the sound and the musicians with the right stuff but they do not have the songs I´m afraid.
Enova are a progressive alternative rock band from Phoenix, Arizona that debuted with the "Counterpart" EP in 2012 and are now headed into dark waters on their new 4 track EP.
This could be so much better but don´t me wrong, it ain´t bad, the music just doesn´t move me the way I hoped.
I do appreciate these atmospheric songs that bring thoughts to Moments in Grace meets Incubus with traces of The Butterfly Effect, but what is missing are the moments that will take the music to a higher plateau. The songs most often start promising and I like the guitars, but hooks and choruses aren´t a priority here.
Enova are brave, I´ll give them that. 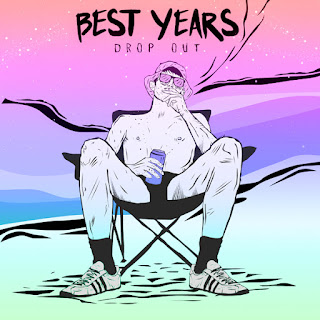 Best Years - Drop out (2015) Brits with their best years ahead of them
I get it, you don´t have to reinvent the wheel again. As a matter of fact, as long as a band deliver something that´s been done a thousand times before, they just have to do it good. Nothing complicated about it, just take the shortest route from A to B.
The Manchester based pop punks Best Years might have chosen "Drop out" as the title of their new 3 track EP, but they certainly won´t drop out when it comes to the music because we´re talking positive and uplifting pop punk here.
They released their first EP "Footwork" in 2014 and continue to mark their path of Blink 182-ish songs like "Back then", "Built to last" and the new single "Overrated".
Great work lads. 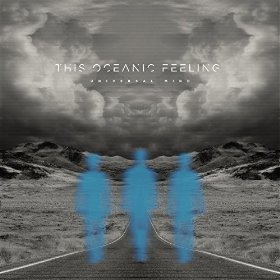 This Oceanic Feeling - Universal mind (2015) There is still hope in this Kim Kardashian pandemic the world is suffering from
You know the saying, "they don´t make ´em like they used to". So many people that are joining in the choir to shout out "there are no great albums being made anylonger".
Well eat this!
Producer and songwriter Chris Braide knows it´s about both the singer and the song, he was the co-founder of The Producers that included Trevor Horn, Lol Creme, Steve Lipson and Ash Soan.
If you are familiar with their masterpiece "Made in Basing street" (2012), you know what to expect on Braide´s new project This Oceanic Feeling.
Chris has written or produced songs with plenty of big artists such as Lana Del Rey, The Click Five, Kylie Minogue and Clay Aiken.
But when it comes to writing original songs for his own releases, the sound leans more towards smart new wave-like pop like a blend of Mike and The Mechanix, The Police and 90125-era Yes.
"Universal mind" is performed by Chris Braide - Vocals/Instruments, Ash Soan - Drums (The Producers) and Lee Pomeroy - Bass (Headspace, Rick Wakeman)
What can I say? It´s so much easier to live with albums like "Universal mind" in your headphones.
Utterly brilliant! 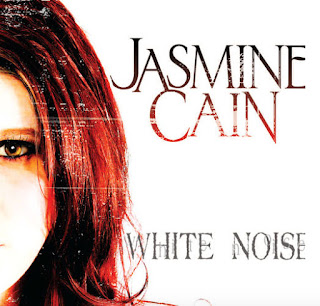 Jasmine Cain - White noise (2015) Let me introduce you to a powerhouse singer
She´s a hot 4 stringer, just like Suzi Quatro. Nashville rocker Jasmine Cain has already released 5 albums including the new LP "White noise", that is produced by Lincoln Parish, former guitarist of Cage The Elephant.
Jasmine is backed up by Zach Ballard - Drums and Benjamin Johnson - Guitar, but the new album also features contributions from Jeff LaBar (Cinderella) - Guitar, Kevin Bebout (Full Devil Jacket) - Bass, Michael Starr (Steel Panther) - Guest vocals on the closing track "Fall to rise" and Christopher Williams (Accept) - Drums.
This is a solid album where the music is a blend of classic rock, hard rock and even modern rock.
The modern rock song "Hole" bring thoughts to Halestorm while the first single "Nightingale" could be an unreleased song by Evanescence.
"Highway prophet" is a huge power ballad, not to mention the Bon Jovi-like rock anthem "Break even". Thumbs up for the big riffs in the hard rocker "Any given sunday", she´s truly on fire in that song.