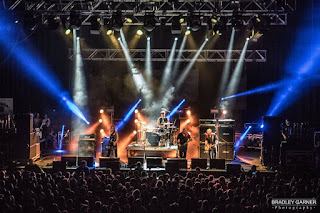 Devilskin is a four piece band from Hamilton New Zealand formed in June 2010, they already have guts, class, kudos and confidence. The sum total of a determined and accomplished group of musicians who know what they want, the music is organic, dynamic and real.

The band features the spectacular Jennie Skulander on lead vocals. Her powerful and compelling voice and alluring stage presence sets her apart from any vocalist New Zealand has put up so far.
Devilskin´s new single "Mountains" is out now.