Strange Talk....when it feels so good 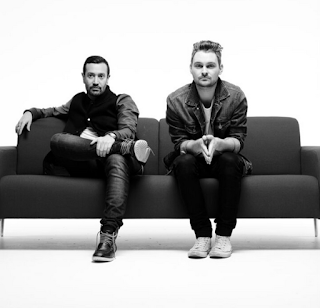 Hey ya´all, it´s been a little short of updates here at the Palace but I´ve been away a few days on vacation. So I´ve got some catching up to do now since my inbox is full with music.
Let´s start with.....

Strange Talk are the flourishing melodies heard behind rooftop conversations amongst strangers. They’re also moonlighting as the anthem to your club and festival night. That’s the kind of beguiling juxtaposition that the Melbourne duo, comprised of Stephen Docker and Gerard Sidhu bring to your summer soundtrack.

The duo recently returned with their staggering new track, "Something's Bout To Change," which premiered exclusively on A.V. Club and were quick to follow with, "When It Feels So Good," via Blackbook. Now, the band announce a Fall headlining across North America which is set to kick off mid-October, in conjunction with their new EP, due October 16 via Wind-up Records.