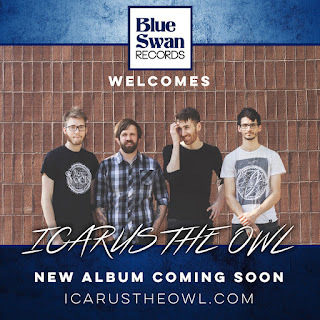 Alternative pop-rock quartet Icarus The Owl announce their signing to Blue Swan Records. “Since Icarus The Owl started, we only wanted to work with people who valued music on a creative level," said vocalist and guitarist Joey Rubenstein. "That being said, Blue Swan Records, to us, are a label founded by creatives that care about the progression and merit of music. There is a real sense of community and friendship among the Blue Swan fans and bands and we feel lucky to announce that we have signed with them.”
The band released their self titled album in 2014, check it out below.