Whatever happened to Revis 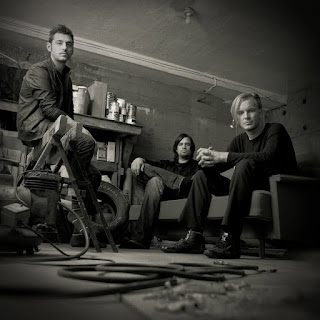 What seemed to be like a perfect saga for the postgrunge band Revis and their record contract with Sony Music, headed into the direction of a no happy ending a few years later.
The Carbondale based band featuring Justin Holman - Vocals, Robert Davis - Guitars, David Piribauer - Drums, Nathaniel Cox - Guitars and Bob Thiemann - Bass, recorded their debut album "Places for breathing" (2003) with fame producer Don Gilmore (KoRn, Linkin Park) and scored a couple of minor hits with "Caught in the rain" and "Seven".
In 2005, Justin Holman teamed up with producer Tommy Henriksen (Alice Cooper, War and Peace) to start working on demos for the 2nd album but later the same year, Revis announced they had disbanded. 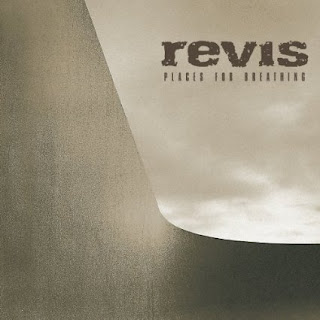 Fans would soon be jumping high of joy when the band reformed in 2010 but without Nathaniel Cox and Bob Thiemann, the remaining trio Holman, Davis and Piribauer released five new songs on iTunes and Bandcamp that would be a part of the "Fire and Ice" EP.
The songs "A better day", "Are you taking me home", "From that point on", "Save our souls" and "Fire and ice" are produced by Jay Baumgardner (P.O.D, Sevendust) and Revis.

The future was looking bright and the band announced the wonderful news of a new LP "Do we have to beg?" in 2011, but due to legal issues, the sophomore record was shelved and they decided to abandon the recordings.
No tracklisting has officially been made but some of the tracks they performed live around this moment are 1.Nothing to do 2.New ways 3.Tell me why 4.Another stand 5.No money 6.Do we have to beg? 7.Sunday comes 8.Who will you love 9.Time and again 10.Searching for someone 11.Evident 12.Remember when you were young 13.This heart of mine.
Once again, Revis parted ways and in 2015, Justin and Mark Holman are working on a new EP as The Burning Sons. 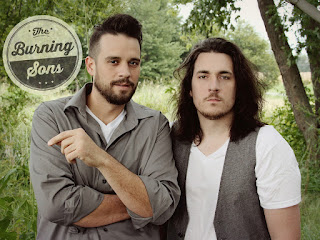