The Guessing Game will destroy it all 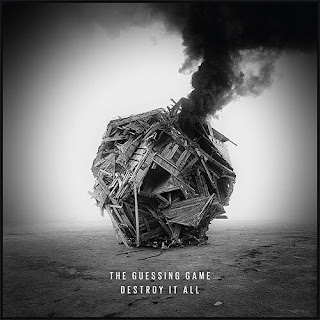 Formed in the summer of 2013, THE GUESSING GAME is the brain child of Jeff Rouse, long time bassist of Duff McKagan’s LOADED. “In the summer of 2013, I found myself with some much needed time on my hands. I knew it was time to find the right people to finally bring these songs I had been writing to life. Having spent the last 14 or so years writing, recording and touring in Loaded, it was time for me to get the ‘other’ songs I had been working on out of my head, onto tape, and see what happens.” Seeking out long time Seattle rock luminaries Kathy Moore (Brad, Satchel) Gary Westlake (Peter Frampton, Kristen Ward, Flight To Mars) Keith Ash (Star Anna, Marshall Altman) and Shawn Zellar (Redneck Girlfriend, Fires), Rouse knew this was something special – “They all breathed life and beauty into the songs and it was magnificent.” Their debut album, Holy Crow drips of heartache, regret and finally redemption. Like that first drink Friday evening to that last sermon Sunday morning. Here’s to a little heartache, a little regret, and shitload of hope.”
With the aggressive sound of their new album, DESTROY IT ALL,  THE GUESSING GAME is ready to take their place in the vanguard of the international rock scene.
Listen to the first single "Death valley" here:
http://theguessinggameband.com/death-valley-the-1st-single-from-destroy-it-all/