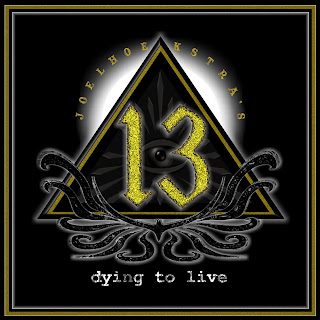 Joel Hoekstra´s 13 - Dying to live (2015) By the book and every formula ever made
Former Nightranger and current Whitesnake guitarist Joel Hoekstra is true to his hard rocking roots on his new solo album "Dying to live",
You know the drill, bring in some of the most experienced musicians of the genre and create a melodic hard rock album that sounds like it could´ve been released between 1987-1992.
The lead mic is shared between Jeff Scott Soto and Russell Allen, two highly professionals that knows their job from inside out. Give ´em the microphone and the lyrics and you´ll be home safe.
Other well known names on this album are Tony Franklin - Bass, Vinny Appice - Drums and Derek Sherinian - Keyboards.
Soundwise, the music is like a blend of Whitesnake, Allen / Lande, W.E.T and Foreigner. Some tracks are rocking hard, others more into AOR territory and last but not least, the Led Zep-ish "What we believe".
Hoekstra has nothing new to offer but indeed a well done record that probably will get some praise in the melodic rock community. 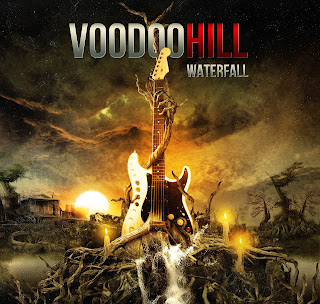 Voodoo Hill - Waterfall (2015) Like a powerful weapon without the ammo
It´s been 11 years since the latest Voodoo Hill album from guitarist Dario Mollo and Glenn Hughes but here they are again with a set of heavy rock songs, to please fans of the first two albums.
"Waterfall" is a solid piece of work with great guitarwork and stunning vocals as always with Mr.Voice of Rock. But the songs aren´t shaking my house so to speak, the album´s not bad, it´s just that I have a hard time believing it will make any impact in the hard rock world.
The melodic title track is good and so is the Rainbow-esque "Underneath and down below", Ritchie Blackmore´s aura is powerful.
Tracks like "All that remains" and "Eldorado" are rather average, they belong more in the shadows than a moment in the spotlight.
Glenn Hughes is not a safe bet to start a band with if you want it to last, thinking about all the shortlived bands he´s been involved in : Black Country Communion, California Breed, Hughes Turner Project, Hughes and Thrall. But he surprised me to make a 3rd Voodoo Hill album. Miracles do exist. 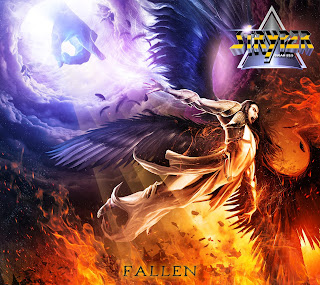 Stryper - Fallen (2015) The yellow and black attack strikes again
They´re not trying to reinvent the wheel or something, the premier christian heavy metal band Stryper do what they do best on their brand new album "Fallen". To give the fans what they love about this band since three decades back.
This is the follow up to the strong "No more hell to pay" (2013) but "Fallen" is even better, the opening track "Yahweh" is co-written by Clint Lowery (Sevendust) and it´s definitely a new classic.
This heavy metal psalm is majestic and so is the lovely single "Pride".
They go back to their roots and the reason why Michael Sweet and Co started playing, just check out the Black Sabbath cover "After forever" (originally released on Master of reality from 1971).
Hats off!
If you would only buy three albums with this band, it´s easy to say that their best albums are "In god we trust" (1988), "Soldiers under command" (1985) and the new album "Fallen". 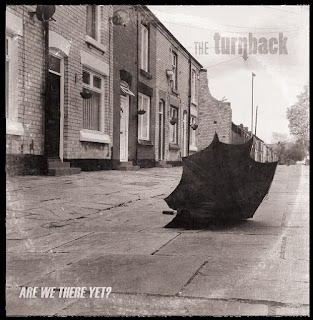 The Turnback - Are we there yet? (2015) For those about to power pop, we salute you
Do you know your music history? Without Chuck Berry, there would be no The Beatles. Without The Beatles, there would be no Cheap Trick. Without Cheap Trick, there would be no The Turnback.
And it doesn´t start with Chuck Berry, the list goes so long back it would probably lead all the way back to Mozart or traditional African folkmusic.
Alright then, the New York based trio The Turnback did their homework rather well because their 2nd album "Are we there yet?" is a real nice power pop album that will please fans of Marvelous 3, Fountains of Wayne and Waltham.
Especially the harmony vocals are spot on, this is feel-good music with a high c-vitamin factor that will get you up in no time if you grew up listening to Cheap Trick for example.
I´d like to celebrate this great album with a glass of single malt, cheers.