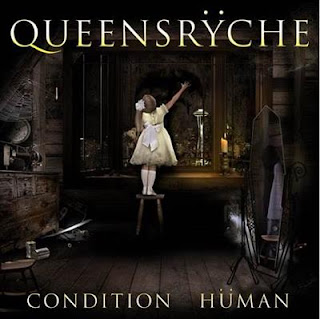 Queensryche - Condition human (2015) Setting sights on a new horizon
How do you want your Reich? more dark and complex into "Promised land" and "Hear in the now frontier" or perhaps heavier and straight forward like "The Warning" and "Rage for order".
If you settle for the early era, then the Todd La Torre version of this band will do you just good.
"Condition human" is the 2nd album with their new frontman and if you had any questions or doubts about his whereabouts in this band after the self titled album from 2013, this new album is like a clear blue sky where any tiny cloud is gone.
For a decade or two, Queensryche felt like the flying dutchman that was doomed to sail the oceans forever but they are no more lost at sea, "Queensryche" (2013) "Condition human" has taken them back into home port where they belong. 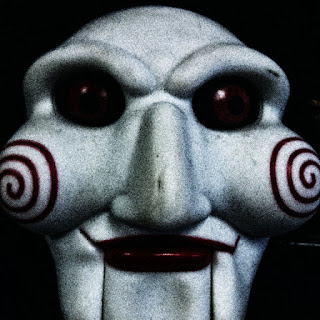 Dope Stars Inc - The Saw Saga EP (2015) Machines, machines, I love machines
I get the feeling there are less bands coming up in the industrial rock genre, we just have to rely on the already existing bands to give us that special extra to satisfy our synth metal genes.
Earlier this year, Dope Stars Inc from Italy released their new album "Terapunk" and it didn´t take long for them to deliver yet another new EP in 2015.
The Saw Saga EP features 3 songs from the soundtracks of Saw 2,3,4 and the bonus track "I won´t feel", I am a fan of their 2006 album "Gigahearts" and felt really pleased to hear this wonderful soundtrack collection. The song "Beatcrusher" rocks.
Thumbs up for these machine-esque rhythms and guitar riffs like steel against steel. And it´s Jigsaw-trap-safe too.
For fans of Pain, Static-X, Rob Zombie

21Octayne - 2.0 (2015) A sonic boom made in Germany
It´s all about the guitar, well it certainly could be when it comes to 21Octayne´s songwriting process but ofcourse I know they think the rest of the band is just as important.
However, it´s the exceptional guitarplaying from Marco Wriedt that makes their new album "2.0" such a great audio adventure, ohyeah I really had a good time listening to these ten tracks.
Their debut album "Into the open" was released in 2014 and soundwise we´re dealing with 80´s hard rock in the same vein as Quiet Riot, Vandenberg and Pangea.
The members have played with bands like Axxis, Rhapsody and The Joe Perry Project so these guys are no amateurs.
Just listen to the 10 minute long "Tale of a broken child", that´s a masterpiece folks. It´s not often you get to hear epic hard rock done this way anylonger.
They deliver lovely harmonies in the supermelodic "When you go" and the listener even gets a free ticket of funk in "The circle" that would make Jeff Scott Soto or Glenn Hughes proud. 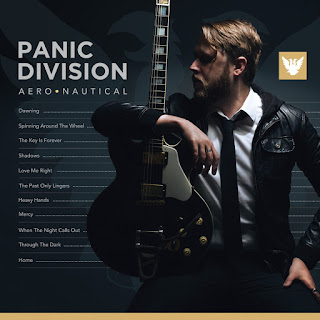 Panic Division - Aero Nautical (2015) The moment when you go cloud walking
10 years, 5 albums, 1 mission, a mission to create unforgettable music for the explorer´s club and I don´t mean Thor Heyerdahl, David Livingstone or Christopher Columbus.
I mean you, yes you, the music explorer who continue to search and discover great artists, the ones that have that special something.
Colton Holliday, the mastermind behind Panic Division is that artist and he´s on a mission to take the listener with him on his journey through space. The space within your mind where the only limit is your imagination.
Panic Division´s 5th release "Aero Nautical" is an audiogasm of atmospheric rock and 80´s new wave like Falling Up meets Tears For Fears, a wetdream if you ask me.
I love the entire album but right now my favorite tracks are "Through the dark" and "Spinning around the wheel".