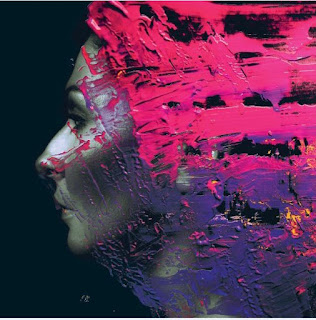 Steven Wilson - Hand. Cannot. Erase (2015) A prog-tastic punch in solar plexus
Progressive rock is not dead, it might not be as big as it was in the 70´s but prog music is still being created with splendour from time to time. Steven Wilson is one of those artists that has found his place in the elite, not only has he done a remarkable job remixing classic albums for 5.1 surround sound with artists like King Crimson, Tears For Fears, Yes, Jethro Tull and Gentle Giant.
Wilson has also released 4 fantastic solo albums where the latest "Hand. Cannot. Erase" could be his most complete work so far, this should be enough for fans to stop shouting after a new Porcupine Tree album or to make him return in Blackfield.
Wilson brought the same fine line up on "Hand. Cannot. Erase" as featured on the previous "The raven that refused to sing" (2013) with Marco Minnemann - Drums (U.K), Guthrie Govan - Guitar (GPS) and Nick Beggs - Bass (Kajagoogoo).
I love the entire album but my favorite songs are "First regret" that breathes Rush, the title track "Hand. Cannot. Erase" that would be perfect on a Blackfield album and last but not least - the 13 minute epic "Ancestral". Classic Wilson prog and a quick visit in King Crimson land.
Just wonderful. 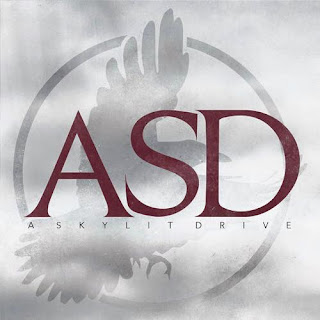 A Skylit Drive - ASD (2015) The definition of 21st century punk
There is something for everyone on the new record from California rockers A Skylit Drive, just to give it the album title ASD looks like a new start for the band.
Ever since I heard their cover of Journey´s "Seperate ways" on Punk Goes Classic Rock (2010), I knew I had to keep them under my radar because such a good taste cannot be ignored.
The new album includes the whole package of big melodies, edgy riffs and hooks all over in a luxurious production. A Skylit Drive is the chemistry professor that takes the precise amount of pop punk, post hardcore and metal into a perfect mix.
If you think Bring Me The Horizon meets Simple Plan or why not You Me At Six on steroids, sounds like it could be your cup of tea. Then do not hesitate to check out ASD. 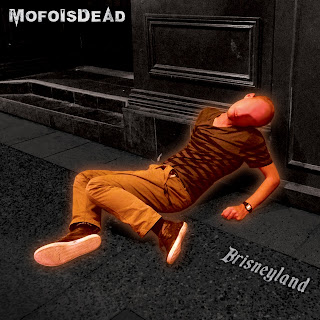 Mofoisdead - Brisneyland (2015) Join the joyride
The current singer in The Butterfly Effect, Paul Galagher invites us to Brisneyland with his new band Mofoisdead. Everything´s clear so far, right?
Now you wonder if there´s any similarities soundwise towards The Butterfly Effect, well some but not much. The Brisbane trio feels a bit artsy with their roots in classic rock as well as 90´s rock, the opening track "Plutocracy" sounds like a modern Led Zeppelin while the track "SemiDrop" reminds a bit of TNT´s 90´s albums "Firefly" and "Transistor".
The are moments when the guitarplaying bring thoughts to System of a Down like in "The Altruist", you can also sense traces of early Muse in other songs which is cool.
It might take a few spins to get into this EP because the music is a bit diverse and far from mainstream. This mofo is very much alive! 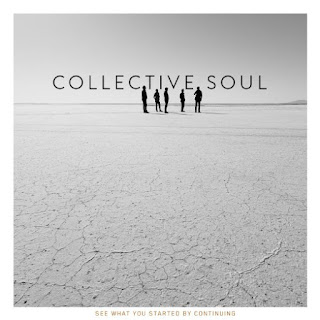 Collective Soul - See what you started by continuing (2015) Defenders of modern rock
People says CD´s are too expensive and then they´re off to buy the new iPhone 6s for $875 that they will keep until the next new model is released within a year or two.
Let´s see, for the same price you´ll get 80 new CD´s that you can keep forever. And just one of those CD´s could very well be the 9th studio album from Collective Soul.
"See what you started by continuing" is the first album of new music since 2009 and it was about time the band recorded a new album, this is bloody great music so don´t keep us waiting for the next one you hear.
Frontman Ed Roland released his first solo album "Devils ´n darlins" with The Sweet Tea Project in 2013 so he´s excused this time, I do think Ed Roland sounds more and more like the late Michael Hutchence of INXS on "See what you started by continuing".
Listen to the songs "Confession" or "Tradition" and you´ll know what I mean.
Anyway, Collective Soul shows once again that they´re veterans of this genre along with bands like Live, Foo Fighters and Goo Goo Dolls.
Highlights : "AYTA", "Memoirs of 2005", "This".