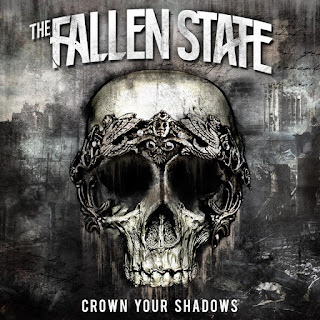 U.K rockers The Fallen State was raised in the Autumn of 2013... when five young men with a mutual love for powerful, anthemic and beautifully executed rock, found themselves in a room together. For these guys togetherness isn't just a dream but a reality… they have that extra, indescribable ‘musical magic’ tattooed across their songs… the artistic ink of five individuals harmonised into something greater than the parts.

Fresh from successful tours with Black Stone Cherry, US Grammy winners Halestorm, as well as artists such as Trapt and fellow UK rockers The Treatment…… they live for the live show, with their stylish take on the musical legacy of both sides of the Atlantic.
The Fallen State´s brand new EP Crown Your Shadows drops in January 2016. 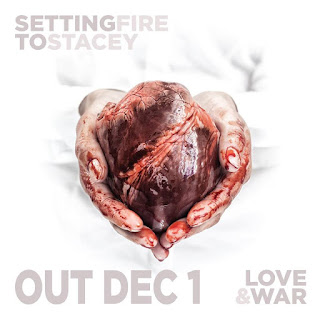 Known for their hard hitting brand of modern rock, Christchurch's Setting Fire To Stacey are the perfect storm of driving riffs and searing vocals.

Their previous single “No Way out” secured a spot on numerous radio station charts across the country, most notably achieving an impressive #65 on The Rock FM’s hottest 100 new songs of 2014.
New Zealand based Setting Fire To Stacey´s new EP Love and War drops on Dec 1, check out their latest single Vital Signs here.

Blue Rising is a perfect example of the direction in which commercial Rock and Roll music should head in the upcoming decade,” states Matt Riefler of Digitrack Studios from Bloomington, IN. Topping the charts of independent rock stations around the world, Blue Rising is rapidly building an impressive repertoire of hard-hitting original rock music that is turning heads in the Midwest and beyond. The band’s debut full-length album is receiving airtime on international radio stations in Europe and South America, as well as Canada and the United States. Their debut single, “Bones,” has secured the position of number one most requested song on Canada’s Rock X Radio and maintained it for 7 consecutive months, outperforming rock and metal singles from powerhouse groups like Avenged Sevenfold and Alter Bridge.

Although their debut album was released only months ago in the summer of 2014, they recently released their second EP entitled ‘Holy Wars’. “We have really come into our own during the writing and recording of this EP, and I think the songs show that,” says drummer Luke Narey.
Watch the official video of their latest single Dust here. 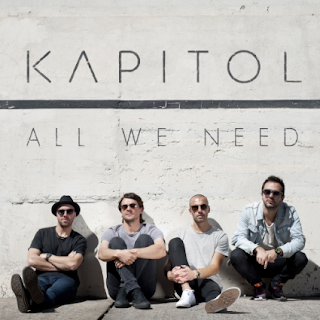 The four-piece Chilean rock/pop band has played local support to Blur and Beck and is currently promoting their new single “All We Need.”
Originally named Coffeehouse, Kapitol has reached new levels of popularity in their native Chile.
Kapitol is comprised of Francisco Martinez (lead vocals), Sebastián Fontecilla (guitars & keyboards), Óscar Lama (guitars and vocals) and Cristóbal Vives (drums and percussion). Lama joined the band in July 2011, but it wasn’t until the arrival of Cristóbal in October that same year, that the band was officially formed.
The band is currently working on their second studio album, to be produced by Pablo Stipicic, whose resume includes Aleks Syntek, Maite Perroni, and Denisse Rosenthal. Stipicic has also collaborated with Coco Stambuk.
Listen to the new single All We Need at this link.
https://soundcloud.com/kapitolmusic/all-we-need