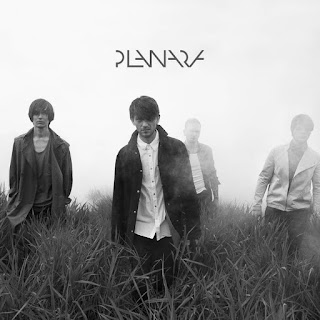 Planara - Planara (2015) Post-Soviet sounds
For a long time, there wasn´t a music scene to talk about when it came to rock music of international class from Russia. I mean we had like Gorky Park, Catharsis and then what?
But times have changed and the quality from the gigantic land in the east has gone straight up like a rocket in space. Now, you can find great bands like Grenouer, Heartbreak Suicide, Wildways, Round Hills, Multiverse, Exage, Gravity Rain, Cox, Gnine, Overwind and Planara.
We´re talking active rock by the book on Planara´s new self titled EP, they debuted with the "Hostiles" EP last year but even if I knew about their first release, this is actually the one I really took time to listen to. Planara is from St.Petersburg and they are influenced by bands like Karnivool, Thrice, Letlive and 10 Years.
At times, they sound like Fightstar without the post hardcore tendencies and in other moments, Planara bring thoughts to Hierosonic. A solid EP without doubt. 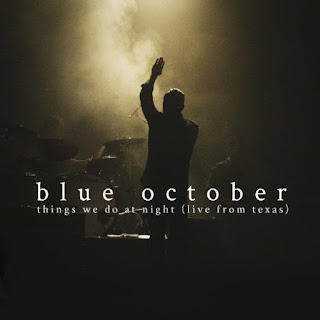 Blue October - Things we do at night, Live from Texas (2015) Some enchanted evening
An amazing band captured live from Dallas in November 2014, "Things we do at night" is Blue October´s 4th live album where the setlist features songs taken from the band´s latest 4 albums between 2006-2013.
They deliver "She´s my ride home", "Congratulations", "Hate me" and "X amount of words" from Foiled. The songs "Say it", "Should be loved", "Dirt room" and "The end" are taken from Approaching Normal.
This double album also consists of "The getting over it part", "Everything", "The feel again" and "The worry list" from Any Man In America while the major part of the songs are taken from the Sway album such as "Sway", "Fear", "Debris", "Bleed out", "Light you up", "Not broken anymore", "To be" and "Things we do at night".
It´s worth every minute you spend on these 20 songs, the live album "Argue with a tree" ended the first chapter of this band and "Things we do at night" closes the 2nd chapter.
We are ready for the start of the next chapter with their 8th studio album "Home" coming in 2016. 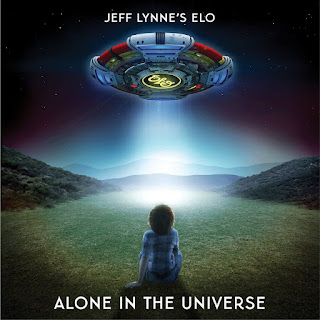 Jeff Lynne´s ELO - Alone in the universe (2015) The orchestra has landed
Jeff Lynne must´ve been inspired to write new ELO music after the compilation Mr.Blue Sky (2012) that consists of solo re-recorded hits originally recorded by Electric Light Orchestra.
Not to mention the highly praised festival performance at Hyde Park in September, 2014 in front of 50,000 fans that were singing along to every song. So I get it, he felt this was the right time to make a new ELO record. "Alone in the universe" is the first album of new music since the disappointing "Zoom" from 2001.
But the new album sounds too much like Jeff Lynne solo album to called ELO and it sounds too much like ELO to be released as Jeff Lynne so therefor he went for Jeff Lynne´s ELO instead which was a smart move.
"Alone in the universe" is definitely better than "Zoom" but it´s not as great as "A new world record" or "Time". However, I´m happy to get a new ELO record in my hands. 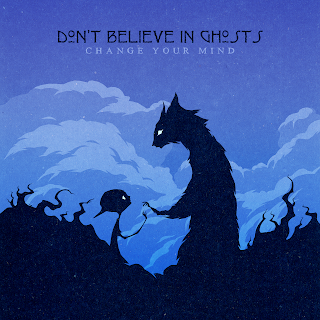 Don´t Believe In Ghosts - Change your mind (2015) A free ride in the time machine
I´m always happy to hear about artists that doesn´t care about being trendy and what sound is most popular on the charts, the ones that choose to go their own way like the one man band Don´t Believe In Ghosts.
"Change your mind" is the first of two EP´s recorded by Steven Nathan, formerly of Man On Earth.
All instruments and vocals by Steven except additional keyboards by Dr.Fink (Prince) and co-production by Ken Lewis (Fun.)
Soundwise, the music is a blend of powerpop and 90´s modern rock which is really cool. Imagine Black Lab meets Everclear with a touch of Weezer and you´ll get "Change your mind".
All 6 tracks are good but my personal fave is "Nothing I could do is ever good enough for you" that would´ve been just perfect in the film Drive from 2011.