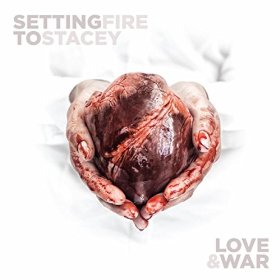 Setting Fire To Stacey - Love and War (2015) The Kiwi´s are at it again
I wonder how these guys came up with this odd bandname, perhaps one day one of the bandmembers arrived at the rehearsal room and said -how about Setting Fire To Stacey?
And the others went, -yeah it´s simple and cool. Why complicate things?
This band hails from Christchurch, the largest city in the south island of New Zealand. It can´t compete with Auckland when it comes to producing great rock acts but it´s about time someone is putting Christchurch on the map of rocknroll.
Setting Fire To Stacey blend atmospheric modern rock with edgy hard rock and the result is a wetdream for fans of bands such as Like A Storm, I Am Giant and Sick Puppies.
Their new EP "Love and war" is produced by Paul Matthews and mixed by Forrester Savell, so you don´t have to worry about the quality here.
The title track as well as the opener "Damn word" stand out as true highlights on this fine fine EP. 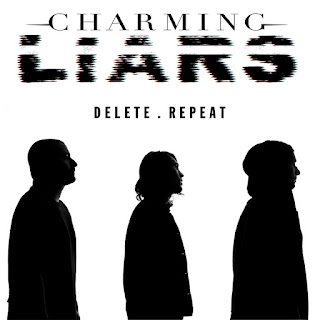 Charming Liars - Delete. Repeat (2015) Caught in the mainstream
They are turning more and more into a pop / rock band, the modern rock sound of the first two EP´s "New disorder" and "We won´t give up" is more or less gone on these 5 new tracks which is a shame.
Charming Liars recruited new singer Kiliyan Maguire for their 3rd release "Delete. Repeat" that features the new single "Naked" but not the two singles "Burn" and "Tumble", out earlier this year.
Kiliyan is a great singer and the song "Closer" is awesome but I get the feeling, the band is thinking more of getting their songs on radio rather than writing full blooded rock songs.
A solid EP but their weakest so far. 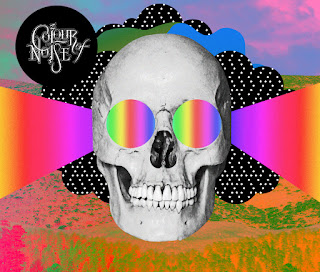 Colour of Noise - Colour of Noise (2015) License to rock
In the mood for some classic rock built on the same foundation as Free, Bad Company and Led Zeppelin? Then you should check out the debut from the new band Colour of Noise featuring members of Furyon and Little Angels.
They won´t break any new grounds with this album or conquer the airwaves with a parade of hits, but they rock good enough to make a name in the rocknroll business.
You don´t always have to re-invent the wheel, it´s more than enough to write good songs and put on a great show. I think the guys in Colour of Noise are dressed up right this commitment. 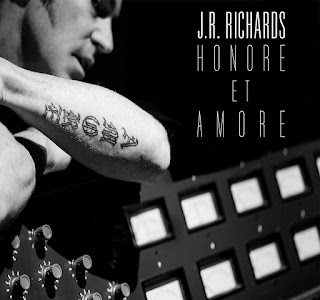 J.R. Richards - Honore Et Amore (2015) He who knows what life´s about
Former Dishwalla singer returns with his 2nd solo album "Honore et amore", J.R. Richards left Dishwalla in 2008 and released his first solo album "A beautiful end" in 2009. Soundwise, quite different compared to his previous band.
J.R. Richards is a phenomenal singer, his voice can carry the songs by itself. It suits both the more modern rock sound of Dishwalla as it fits like a glove to these soft romantic rock songs on his new album.
This is top quality my friends, if you should buy one album this week, make it "Honore et amore".
Highlights : Carry on, I will wait.
And regarding Dishwalla, they will release a new studio album in 2016 with their new lead singer Justin Fox (Tripdavon).