Palace of Prog and AOR XV

Unreleased awesomeness, and some more

In between Sammy Hagar and Gary Cherone, Van Halen did try out Mitch Malloy for the job. Eddie Van Halen had written an instrumental and handed over the song to Mitch who completed the lyrics and vocals. The result - It´s the right time. 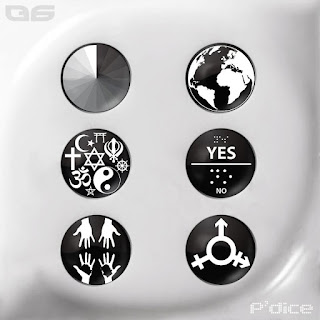 Prog rock artist Paul Cusick might not have a name of fame but he sure deliver first class prog on his albums Focal Point (2009) and P´dice (2012).
Cusick is currently working on album no.3 for a release in 2016. Stream the brilliant track Borderlines off the latest album P´dice here. 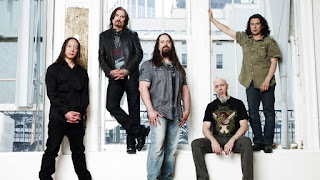 Dream Theater´s new concept album The Astonishing is a double album and will be released January 29th, featuring the first single The gift of music. 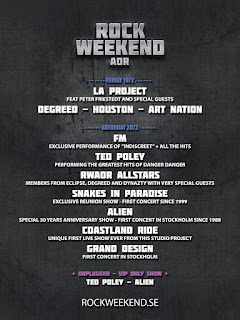 Welcome to ”Rockholm” and two days of melodic rock in the capital of Scandinavia on feb 19-20!

On Friday the 19th TOTO plays in Stockholm and we invite you all to the greatest after party ever with four great bands on stage.
On Saturday the 20th the party continues with seven amazing bands!
This will be THE melodic rock party not to be missed!!!

Sweden is widely regarded as a ”mecca” of melodic rock with many of the best new bands around hailing from our beautiful country. And if you look back to the 80s and 90s a lot of the great bands were Swedish.

So finally - It´s time to start a new chapter in the history of Swedish melodic rock. we proudly present, Rockweekend AOR!


Bands confirmed to play at the Rockweekend AOR festival on the 19th and 20th of february in Stockholm Sweden:

FM
Exclusive performance of their Indiscreet album + the hits

Snakes in paradise
Exclusive reunion, live together for the first time since 1999

Alien
First concert in Stockholm since 1988

Coastland ride
First live performance ever by this studio band

Tickets:
Tickets go on sale Tuesday december 8th at 6 PM Central European time at www.rockweekend.se and they will go fast!! Only 500 standing tickets + 100 VIP will be available.
RWAOR is a over 18 years old only event.
Only 2 day tickets will be available upon release. If the event is not sold out, one day tickets will be released later the price will be Friday 295 SEK and Saturday 595 SEK.

Hotel:
Starting tuesday 6 pm it will be possible to book rooms at the "Artist hotel" at the same site as the festival tickets. Stay tuned for info!

Venue:
En Arena Globen.
Palmfeltsvägen 1, Stockholm (T-bana Globen)
Capacity 600.
The venue is being rebuilt in january to provide a bigger stage with higher clearance, video screens and a VIP area next to the stage.