Quick Bits : The Ever Living, Chris Murphy, Stare At The Clouds 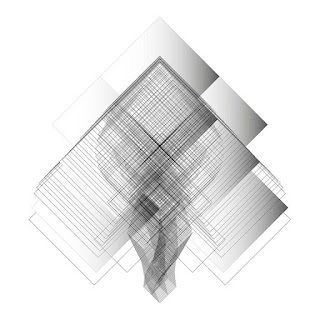 The Ever Living - The Ever Living (2016) The soundtrack to World War Z II?
Is it the end of the world? Nah, it´s just the debut EP from the London based band The Ever Living. It´s either all or nothing for this band, it´s not just loud, it´s the loudest damn noise I´ve heard in a long time.
Call it dark, I say the music is pitch black. Keyboardist and shrieking frontman Chris Bevan Lee explains their sound, -We realised we wanted to be a heavy band, but not necessarily a metal band in the traditional sense. (I couldn´t agree more)
The first single "Stung by something" might give you an idea of what we´re dealing with here, cinematic and doom-like sounds that could be the result if film director and composer John Carpenter was in a metal band.
Think Enochian Theory meets The Acacia Strain meets Khoma.
(+) I could swear the songwriting credits go out to the Grim Reaper aka Mr.Death himself.
(-) You might feel like you have been run over by a freight train after these 5 tracks. 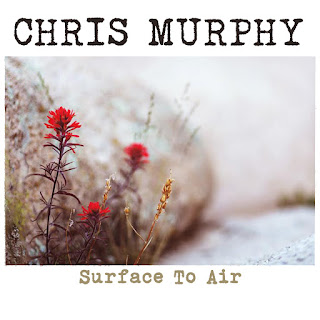 Chris Murphy - Surface to air (2016) Songs of lost souls and forgotten outposts
Los Angeles based violinist Chris Murphy is a big fan of artists like David Lindley, Lou Reed, Ry Cooder and Bob Dylan. In the last year alone, Murphy has written and recorded six new albums in a vast array of styles.
For example, "Surface to air" that is spinning in my stereo at the moment, is a crossover of heartland rock, bluegrass and Irish folkmusic. The album is a bit uneven and diverse but there are some good moments on it like "Dead weight" and "Last of the Twickham blackbirds" that both are really cool roots-rock songs.
He says, -In another era, I would have been a court musician in Versailles in the 17th century.
Well, I believe him because the instrumental "The blacksmith´s fancy" goes all the way back to renaissance music while the beautiful "The Oscar Wilde waltz" sounds like something that kings and queens would dance to in the late 19th century.
Perhaps it´s time to start a violinists hall of fame with names like Mik Kaminski (E.L.O), Jean-Luc Ponty, Jerry Goodman (Mahavishnu Orchestra), Eddie Jobson (U.K), David Ragsdale, Robbie Steinhardt (Kansas), Ryan Delahoussaye (Blue October) and of course Chris Murphy.
(+) He plays that violin like he was born with it.
(-) The album is a bit lengthy and should be shortened to 10 tracks instead of 14. 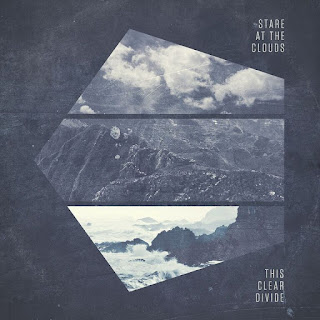 Stare At The Clouds - This clear divide (2016) The men who stare at the sky
The continent down under and alternative progressive rock is a combination that works very well, there´s a constant flow of new promising bands in this genre from the land of Kangaroos and the Sydney based Stare At The Clouds are no exception.
This band takes inspiration from Karnivool, A Perfect Circle and Radiohead to name a few and the result is challenging even for the open minded. Don´t bother looking for radio friendly songs on their debut full length "This clear divide".
The music is atmospheric, suggestive and complex.  I hear traces of Tool in the 6 parts of "Concurrent abreaction", musical pieces that demands several listenings to get into.
The single "The falling" is the most commercial track on the album and even that song isn´t particularly easy to ride out.
But I find it thrilling to explore this interesting album.
(+) Expect new things to appear in the music for each time you hear it.
(-) At times I feel like I was back in elementary school trying to solve extremely difficult algebra problems.