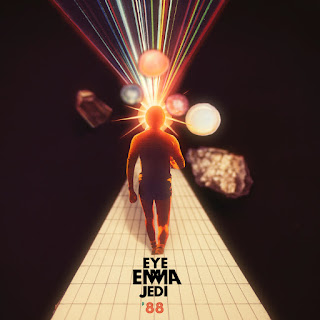 Eye Emma Jedi - 88 (2013) Welcome to a world of harmonies
Eye Emma Jedi (pronounced as I Am A Jedi) was a shortlived band from Liverpool, with members from England and Norway. Featuring : Alexander Pavelich - Vocals/Guitar, Dan Croll - Bass (who released a solo album Sweet Disarray in 2014), Andrew Murray - Guitar, Britons Joe Wills - Keyboards and Andreas Reiten Westhagen - Drums.
Their only release, the EP "88" contains 4 really awesome songs in "Places", "Banshee", "Too late too soon" and "88". Imagine a blend of Arctic Monkeys meets Walk The Moon with a touch of Mew.
We´re talking artsy and supercool alternative rock.
(+) You expect a Volvo and get to drive a Porsche instead.
(-) Too bad we didn´t get to hear anything more from this talented band. 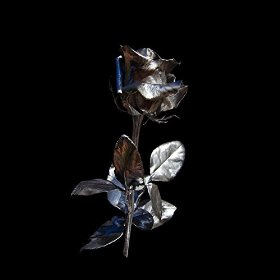 Shiny Black Anthem - Unbreakable (2016) The start of something good
Shiny Black Anthem are an alternative rock band from Rome, Italy. Fronted by fashion model Sarah Moon, if she won´t get a break in the record business, she can always focus on her modeling career.
SBA blend pop punk, goth rock and electronica with a varied result. Not all songs are good and the drumproduction feels a bit low-budget but the band´s got potential.
The strong single "Fade into white" caught the attention of Nikki Sixx who really liked the band and it´s also one of the best songs on their debut full length.
"Your enemy" and "Alone in my world" are fine examples of their strength in writing good modern rock songs, but they should work with a top producer that can bring out the best in this band.
Perhaps skip a few less interesting songs such as "Give me more" and "Love is dope", a remix of the entire album with a fatter sound and get rid of the screamo part once and for all.
A 2.0 version of this album should do it.
For fans of Delain, Lahannya and Lambretta.
(+) When they rock, they rock!
(-) They should walk away from the Paramore path. 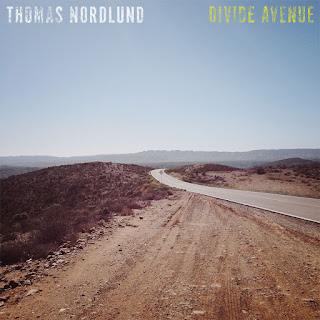 Thomas Nordlund - Divide avenue (2015) Music when you´re driving into the night
"Divide avenue" is an all instrumental release from Minneapolis based guitarist Thomas Nordlund except for the track "Ensenada nights" with vocals by Maryam Yusefzadeh.
The music is sometimes bluesy and jazzy and in some moments primed for a cool western film if it was directed by David Lynch.
Nordlund´s compositions bring thoughts to guitarists like Bilal Karaman, John Lee and Jeff Healey in his softer moments. "Divide avenue" is a very relaxing record.
It feels like I´m going down in the deep in a submarine when I´m listening to "Rilke in the rain", I just close my eyes and I´m there.
Besides Thomas Nordlund on Electric Baritone Guitar, credits go out to Andrew Foreman - Bass, Kevin Gastonguay - Piano, Ben Abrahamson - 12 and 6 string nylon guitar, Lars Erik Larson . Drums, Jake Baldwin - Trumpet.
(+) The moving soundscape keeps me in a firm grip.
(-) A few more upbeat songs wouldn´t hurt.