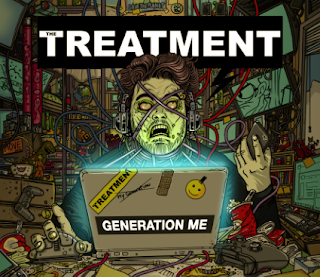 The Treatment - Generation Me (2016) Third time´s a charm
Time for a dose of non compromising hard rock from The Treatment, a band truly worth checking out if you haven´t already.
"Generation me" is the 3rd offering from the British hard rockers but the first album to feature new lead singer Mitchell Emms, he replaced Matt Jones who left the band in 2015.
I compared their solid debut "This might hurt" (2012) to bands like Thunder and The Answer but the current line up sounds more like Airbourne and Roadstar, no frills rock and roll so to speak.
The summer festivals are waiting because these guys are ready to rock, forget about hit songs and posers. This is the real thing.
(+) Living proof of that rock and roll is alive and well.
(-) The album cover is just dreadful. 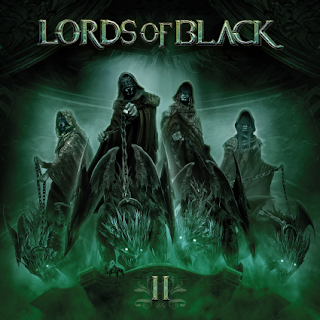 Lords of Black - II (2016) With eyes set on the throne as the voice of rock
If you´re into powerful hard rock/heavy metal in the same vein as Jorn Lande, Misha Calvin and Black Sabbath (Tony Martin era), then the new album "II" from Spanish band Lords of Black will make your day.
The band features guitarist Tony Hernando and Ronnie Romero on lead vocals who also got the dream job fronting Ritchie Blackmore´s Rainbow on the 2016 shows. Oh man, this guy sure has a great set of pipes.
Romero is listing his favorite singers as Ian Gillan, David Coverdale, Steve Perry and Ronnie James Dio. With these names as the source of inspiration, you couldn´t ask for a better foundation to stand on. Hats off for a great album from a band that might be on everybody´s lips after the summer.
(+) If you want riffs, you´ve got it.
(-) Romero´s voice will make lots of singers feel insufficient and small. 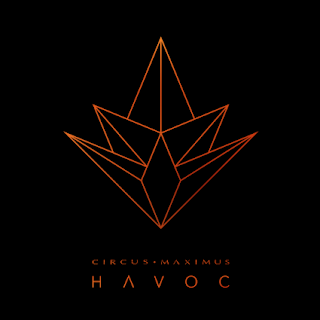 Circus Maximus - Havoc (2016) Let there be prog
Welcome to the 4th chapter from the Norwegian progmetallers and the follow up to the huge 2012 album "Nine" which was a major fave here at the Palace, the album title means widespread destruction but the word Havoc means something completely different here.
Beautiful is a word that comes to mind while listening to these 9 new tracks, the new album might not be better than the brilliant "Nine" but it´s certainly not weaker. They are equals.
"Highest bitter" sounds like something that could´ve been taken from Masquerade´s 1994 album "Surface of pain" with a blend of 90´s alternative metal and progrock.
The title track "Havoc" has a lot in common with Norwegian progmetal bands like Conception and Ark while we get 21st century Mozart-like prog euphoria in the 8 minute long "Loved ones".
The closing track "Chivalry" is epic and makes me speechless but wait there´s more, go the whole distance with the symphonic pop/rock of "Remember". We´re talking world class melodies on this one.
(+) All that you can ever wish for from the saviours of modern prog
(-) .......hrm.......can´t think of anything.............................