Review : 3 Doors Down - Us and the night 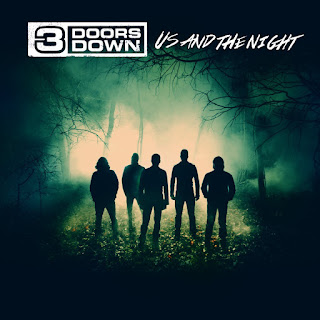 The U.S modern rock veterans return with their 6th studio album, they´ve been on Billboard´s Top 10 before so why not aim for new mainstream success.
"Us and the night" is the first studio album from 3 Doors Down since the 2011´s "Time of my life" and just like a Hollywood ending, this band feels predictable and too safe with their radio friendly modern rock.
It´s done by all the standards you can expect, right by the book. The same way you can expect rice with your meal in India, you can expect ballads with hitpotential from this band.
And that´s ok if want nothing else, I mean singalong choruses in a southern rock-ish post grunge package ain´t so bad when it comes down to it.
Highlights : The Broken, In the dark
Recommended if you like The Calling, Takida, Default
Upplagd av RothNRoll kl. 7:08 AM