Review : Flash Forward - Who we are 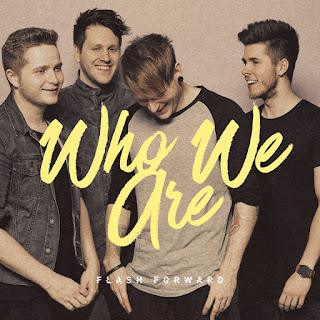 Flash Forward - Who we are (2016) Redfield Records
Produced by Florian Nowak
MODERN ROCK / POWER POP
Tracks : 1.Between heart and mind 2.Control 3.One shot in the dark 4.Skyline 5.Heroes for one night 6.Physical 7.Almost 8.Save me 9.Runaway 10.Young offender 11.Self-destruction 12.We are
www.facebook.com/flashforwardband
3,5 out of 5

When I listen to the 3rd album "Who we are" from German based rock band Flash Forward, I hear traces of both classic rock like Cheap Trick as well as contemporary rocknroll like Foo Fighters. Not to mention, delivered in a package full of pop punk flavor.
"Who we are" is the follow up the 2014 release "Apollon" that contains the Palace of Rock fave "Are you out there", even if I can´t find any songs that reaches the same level as that smashing song. I do like the new album a lot because of the crispy production and the top quality of the entire album.
They might not get an award for being unique, but in this case, this band truly knows how to write good songs with hooks.
Highlights : Skyline, Physical, We are
Recommended if you like 40 Ft Ringo, Mercury, Save The Radio