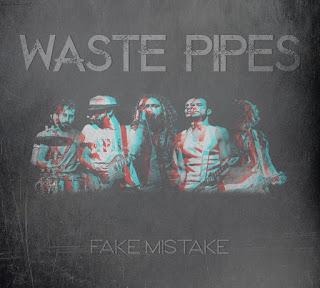 Timeless rock´n´roll is what´s on the menu here, Waste Pipes from Torino, Italy, have been around for more than a decade playing over 500 gigs in Europe and also released 3 albums including the latest one "Fake mistake".
These guys doesn´t care about what´s trendy and what sound is popular on the charts, they just wanna rock and have some fun along the way.
They are more of an album band than hitsingle writers, I think their new album is quite good even if I have to admit that I wasn´t too impressed the first time I heard it.
The songs truly grows for each listen and now I´m glad I gave it a second chance.
Highlights : Stay the night, Chaos
Recommended if you like Hellacopters, The Cult, D.A.D