Scar Of The Sun announces new album In Flood 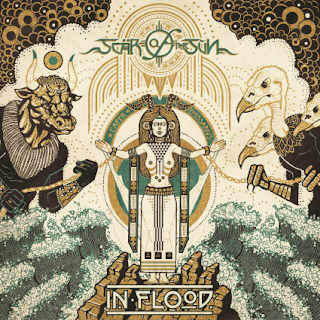 Scar Of The Sun is a modern metal band formed in 2005 in London, UK. With their first release ‘A Series Of Unfortunate Concurrencies’ Scar Of The Sun has successfully toured Europe three times with the likes of Dark Tranquillity, Moonspell, Pain, Rage, Tyr and are currently about to release their sophomore effort ‘In Flood’.
The new album includes guest appearances by Bob Katsionis (Firewind, Serious Black, OutLoud), George Katsanos (solo artist), Nick Syd (Cyanna Mercury), Van Labrakis (Paul Oakenfold, Armin Van Buuren). The band recorded ‘In Flood’ at their own Zero Gravity Studios, where singer Terry Nikas engineered the whole project. For the production the band hired Rhys Fulber (Paradise Lost, Fear Factory, Machine Head) and the mixing and mastering was handled by the up and coming duo Stamos Koliousis and Van Lambrakis of Studios 210 in Berlin (Keep Of  Kalessin, Kvelertak, Satan's Wrath).
Scar Of The Sun’s sound has matured and has become more focused, modern, heavier and aggressive but also more catchy, reflecting elements of In Flames or Trivium. The first European tour in support of it is currently in the works. More than ever, Scar Of The Sun are ready to head out on the road and play their music for the masses!
The new album In Flood drops May 20th.