Sleep For The Weary putting Nocturns into their reportoire 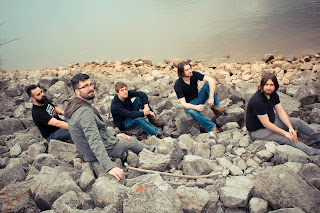 An alternative rock band based out of Nashville, Tennessee, Sleep for the Weary was formed in late 2010 by vocalist Ian Shannon. The band has grown from a solo effort on the debut album In To and Out From (2014) to a 5-piece effort after the completion of their second full-length album Nocturns (2016).
Check out the new single Obey from their new album Nocturns.