Review : The Energy - When we were young 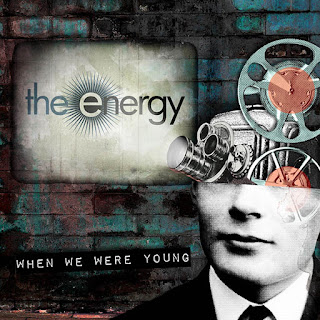 The Energy - When we were young (2016) Independent
Produced by The Energy
ROCK
Tracks : 1.Losing myself 2.You can follow 3.When we were young 4.Return to you 5.Free 6.Don´t come around 7.California sun 8.American disaster 9.The constant 10.Little man
www.facebook.com/TheEnergyband
3 out of 5

I was just listening to the new box set from British boogie rockers Foghat, a band widely known for the use of slide guitars. And the first I get to hear on the opening track "Losing myself" from Brooklyn based rock band The Energy, is a slide guitar. Cool!
Although, there ain´t much boogie rock in The Energy´s music. There are in fact lots of traces of 70´s rock but in a modern package, their sound is a blend of post grunge and heartland rock.
The 5th studio album "When we were young" is the follow up to "Streets of in-between" from 2013 and the more I listen to the new record, I get the feeling they have more in common with Foghat than I thought.
Why you wonder? Well, just like Foghat that sounded better live. I think of The Energy as a live act more than a studio product. These songs will probably rock much harder on stage, all you need is the groove and I bet this band can pull it off.
The only song I don´t get is the hip-hop flavored "The constant", it feels so misplaced on this record.
Highlights : Losing myself, When we were young
Recommended if you like Better Than Ezra, Candlebox, Seven Mary Three